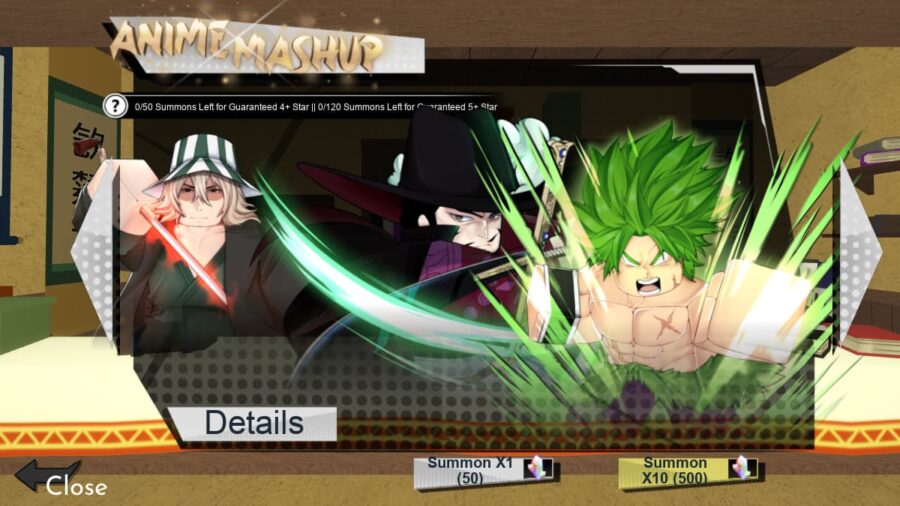 Roblox Anime Warriors is a gacha warriors game that mashes tons of anime characters into one multiverse experience. Every player's goal should be to summon the best possible characters in the game: one-stars being treated as fodder, and six-stars as the most rare.

The best characters to use in Anime Warriors typically range from four-stars and above, so if you're lucky enough to roll for high-tier characters during a summon, we recommend focusing on them during battle.

All Characters in Roblox Anime Warriors

We expect more characters to enter the roster during future updates of Roblox Anime Warriors. If we're missing any of your favorite warriors, be sure to let us know and we'll update this page as soon as we can!

Focus on the Anime Mashup Banner

The Anime Mashup Banner is the best banner to spend cystals on summons, especially for new players. It is the cheapest banner at 50 Crystals per roll and 500 Crystals per 10 rolls. This banner also consists of every warrior in the game, in addition to some exclusive warriors.

As you progress in the game and start to fill our your own roster, then it would be best to focus on anime-specific banners like Pirate Plunder, Shinobi Strike etc. That way you can increase the odds of summoning a specific character you might be holding out Crystals for.

There is a Pity System

There is a summon counter below each banner's title, so you can gauge how many summons you have rolled for each banner.

Fodder Warriors are primarily used to level up your high-tier warriors. It is okay to sacrifice these characters, as you have a high chance of summoning them again and they do not help in fights beyond levelling up your best characters.

How to get Axolotl item in Roblox Wacky Wizards?