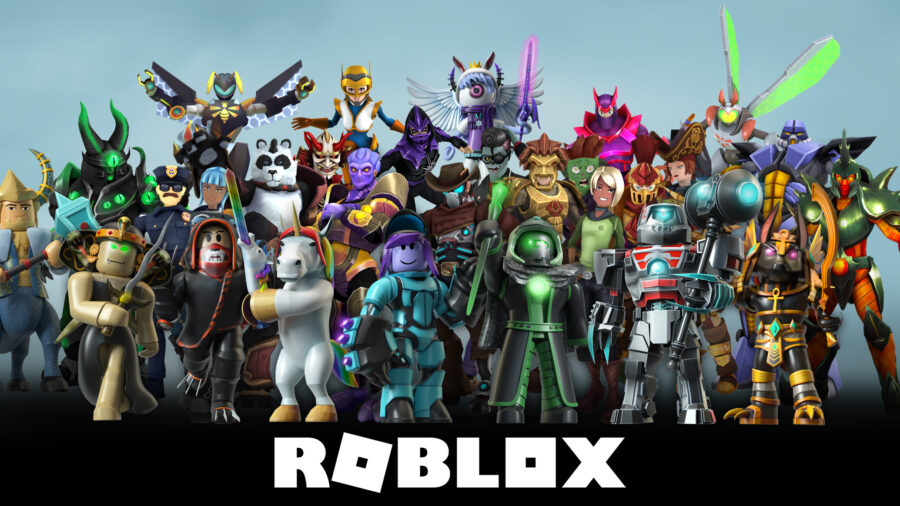 Are you a newcomer to Roblox? Perhaps you want to try out the game as a guest. Although it was possible for curious players to test the game through Guest Mode, this feature is no longer available. Instead, you will have to sign up to play the game.

Can I have a guest on Roblox?

Unfortunately, you cannot play as a guest on Roblox. Meaning, you cannot join any Roblox game as a single-player guest, nor can an existing Roblox member host someone else as a guest. Simply put, the Guest Mode in Roblox has been removed from the game.

A bummer for many, the guest feature was a nice way of testing out the game before committing to the official signup process. Unsure about joining the Roblox community? Well, it used to be as easy as launching the website and joining without the need for a username.

So when did Guest Mode leave Roblox?

Back in 2017, Guest Mode was removed from Roblox. Outlined in a Developer Forum, developer of relations KnightGaladeld explained that Guest Mode had become a useless feature of the game. Because guests could not save game progress, chat/play with friends, or even purchase items, there was not much to experience as a guest besides running around a server. We're also led to believe that guests took up unecessary server space, as a result. 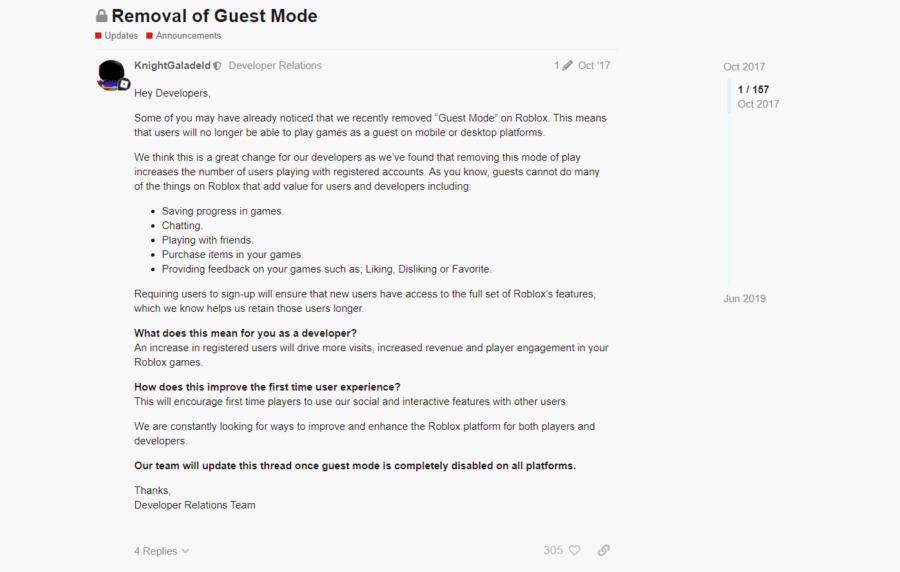 Removing Guest Mode reportedly had benefits for Roblox developers. More players signing up to the game encouraged new players to use the social features while driving more game visits, thus resulting in higher revenue and player engagement in the Roblox games. Losing Guest Mode might have been a bummer at first, but it overall made the game better.

Was the Guest Mode feature even that big of a deal? 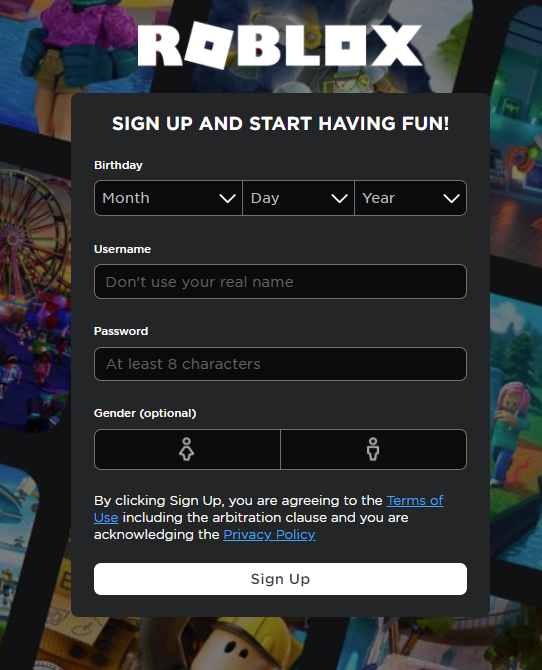 And besides, the Roblox signup process is free. Becoming an official member is painless, since all you have to do is create a username and password. While we recommend all players activate their accounts with an email address, an email technically isn't even required to start playing the game.

Interested in free Roblox rewards? We have a ton of freebies in our Roblox Game Codes post! You can also get a bunch of free cosmetic items via our Roblox Promo Codes page.

What are Roblox Guests and can I play as one?