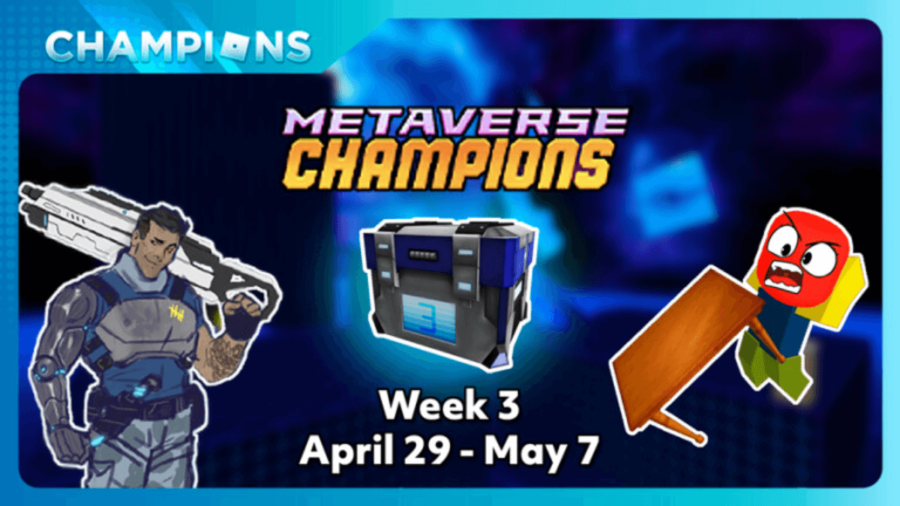 Sparks Kilowatt has left us some treasure in Rage Table Arena during Week 3 of Metaverse Champions. Find out how to get AJ Striker's Crate Drop (available April 28 to May 7) below.

How To Get AJ Striker's Crate Drop in Rage Table Arena

Rage Table Arena is literally a rage-inducing game where your primary goal is to flip tables into other people to knock them off the map. When you first enter the match, you'll be told that to get AJ Striker's Crate Drop, you'll need to knock 10 people off the map. This is harder than it sounds.

The reason the game is rage-inducing is that it's extremely glitchy and doesn't register all the time when you knock someone off. However, we have a few tips on how to gain an edge over your opponents and table-flip your way to completing this mission.

It should take you roughly 10-15 minutes to complete this quest once you get the hang of aiming. However, even when you know you knocked someone off, it still might not register. Keep flipping and you'll eventually get it. Once you have knocked off 10 players, you are given the badge and AJ Striker's Crate Drop.

Where is the Adoption Center in Roblox Brookehaven?