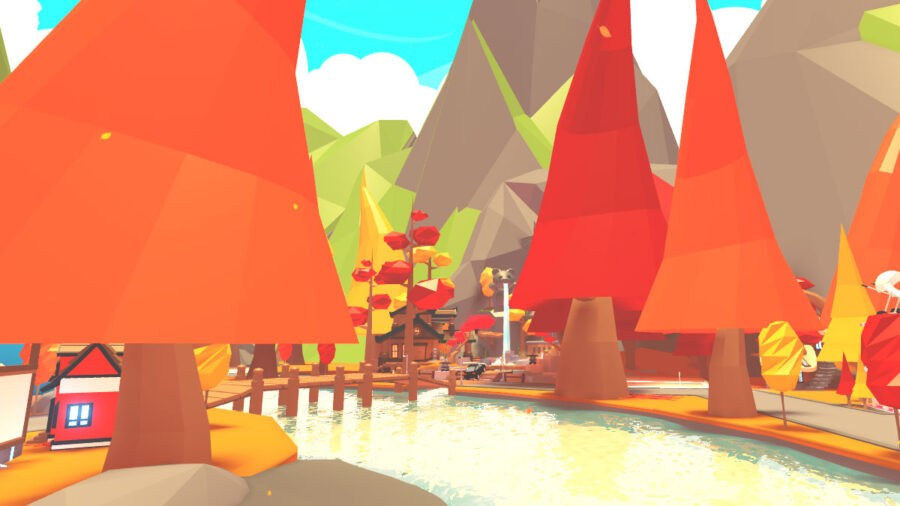 Adopt Me! is continuing to smash records in Roblox, with just last week breaking its own record of most concurrent players on the platform at once. This was caused by the release of the Fossil Egg, and the introduction of dinosaur pets into the game. This update was so popular that it seemingly caused Roblox to buckle under the pressure, and caused some outages across servers. In a bit of a surprise, the developers of the game have brought out a new update that brings a festive look to things around the map!

Here's a look at the official details of the fall update in Adopt Me!

Not included on this list is the Leaf Crown you get for logging in! This is a pet accessory, so have your favorite pet wear it with pride.

The map has gone very orange, yellow, and red which signifies fall has arrived! There are new exterior and furniture items that you can get to make your home feel more festive. The new hot spring area, is a beautiful addition to the map, and features a waterfall, trees, and some hot springs to soak your aching muscles. Overall, it's just a wonderful change to the map that really brings the season to your computer of mobile device. This isn't the only thing we were told in the update, however, because it looks like some Halloween stuff might be around the corner. The rattling you hear in the distance is a good signal that another update should be on the way that will feature some spooky new things to be added to the game. Halloween is always a fun time for games because there's so many creepy and awesome things that can be added! We're looking forward to seeing what Adopt Me! has in store for us.

Unfortunately, we don't know when the Halloween part of this update will be released, but with the holiday only a couple of weeks away, I would expect it sooner rather than later!