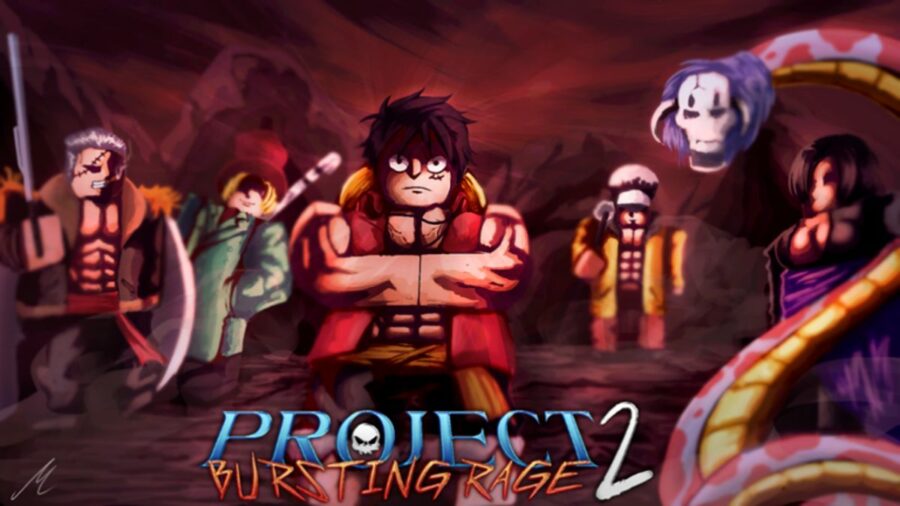 Project: Bursting Rage 2 is a sequel to Project: Bursting Rage, another Roblox game that is based on the immensely popular anime One Piece. In this new version, players can experience the One Piece universe like never before: as a character! But, as your character trains as a Pirate or a Marine, you'll notice that not everything in the game comes easy—and nothing is free.

Whether you are an experienced combat veteran in the game or you've just joined, codes can be an essential tool in getting you the resources you need to purchase things and increase your character's stats. Our list below shows you all the latest codes you can enter to redeem these important resources, which means you can bypass much of the tedious grinding in the early game.

While you're using our codes list below, don't forget that there are many other Roblox games based on One Piece that also reward their players with codes! We have updated lists for almost every popular Roblox game, including A One Piece Game, Grand Pirates, Last Pirates, and the original Project: Bursting Rage!

Here's a look at all the working Bursting Rage 2 codes.

Here are answers to some of the most frequently asked questions about Bursting Rage 2 and common issues players encounter.

How to Redeem Bursting Rage 2 Codes

Redeeming codes for free rewards in Bursting Rage 2 is easy.

How can you get more Bursting Rage 2 codes?

As a game that is going to be in development for the forseeable future, Bursting Rage 2 may not get codes often. Although the developer hasn't dropped any codes into the game's official Discord server, that will likely be the best place to get them. As of now, the only codes that are being added are provided by the developer in the original Project: Bursting Rage's Discord.

To encourage the developers to add more codes, be sure to show support by liking and favoriting the game on the Roblox page, and by joining the Xeno Productions Roblox group!

Project: Bursting Rage 2 is currently in the early stages of its development. Unfortunately, this means that the codes provided may expire without warning, or even that the rewards they give could be wiped from your character during a reboot. If you find that a code isn't working, the most likely cause is that it is expired.

However, codes are often invalid because the player entered them incorrectly. The codes in Bursting Rage 2 require proper punctuation and capitalization, so try to copy and paste the code from our page to avoid any typos.

What is Bursting Rage 2?

Project: Bursting Rage 2 is a sequel to the popular Roblox game Project: Bursting Rage. It is based on the popular anime series One Piece, and features many of the franchise's characters and creative elements. In the game, you must explore the world along the coast and complete quests to progress through the game. As you proceed, you gain increased strength and ability to push you toward becoming the strongest Pirate or Marine you can be!