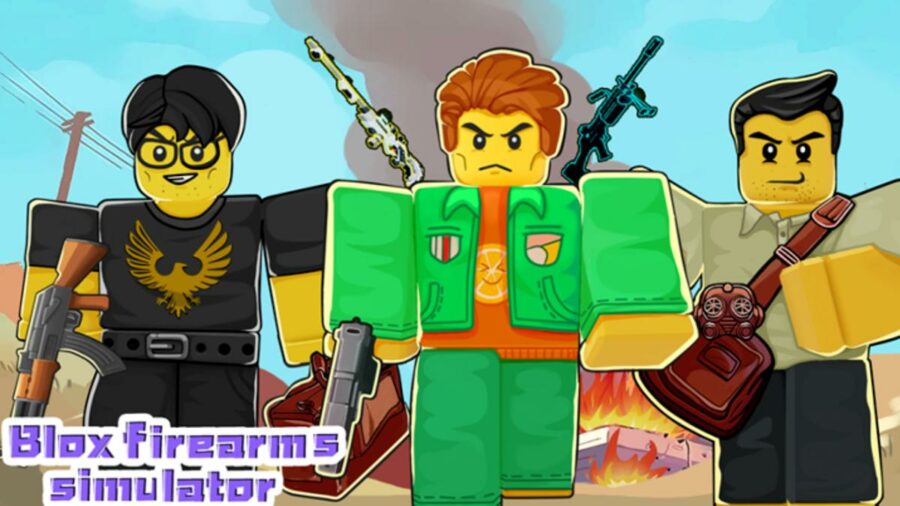 Blox Firearms Simulator is about guns—big, powerful guns to defeat even bigger, more powerful monsters. You start off simple, but it doesn't take long to find that you want to bump up your weaponry to establish a commanding presence on the battlefield. For that, you'll need to boost your way through levels in the game to get the best arsenal in the fastest way possible.

This is why our codes list is so important for the game. Using the codes below, you can get instant rewards that might provide you with just enough cash to get the next best weapon. Some of them can also provide temporary Boosts that will greatly increase your damage per second or the rate at which you collect Gems and Coins. The faster you upgrade your gear, the easier it is to take down those difficult bosses!

Here's a look at all the working Blox Firearms Simulator codes.

How can I get more Blox Firearms Simulator codes?

There are a couple of ways to get new Blox Firearms codes, but the best method is to bookmark this page and periodically check back for updates. The developer is active in their social media community and adds new codes for their games more often than many other developers. We do all the tedious work for you by getting the codes from them, so you don't have to go hunting!

If you don't enjoy waiting for updates, the fastest way to get them is to follow the developer on social media. Their Discord channel provides updates about new patches and major changes to the game, including new codes. They often state that the next code will be dropped if they cross a "likes" threshold for their game and Roblox Group, so be sure to like and follow them!

What can I get with Blox Firearms codes?

The most common reward for redeeming codes in Blox Firearms Simulator is either in-game cash, boosts, or both. Sometimes, you can get guns of Epic Rarity that deal massive damage! Unfortunately, redeeming codes in the game will never get you any kind of reward outside the game or Robux that you can use in other games.

What is Blox Firearms Simulator?