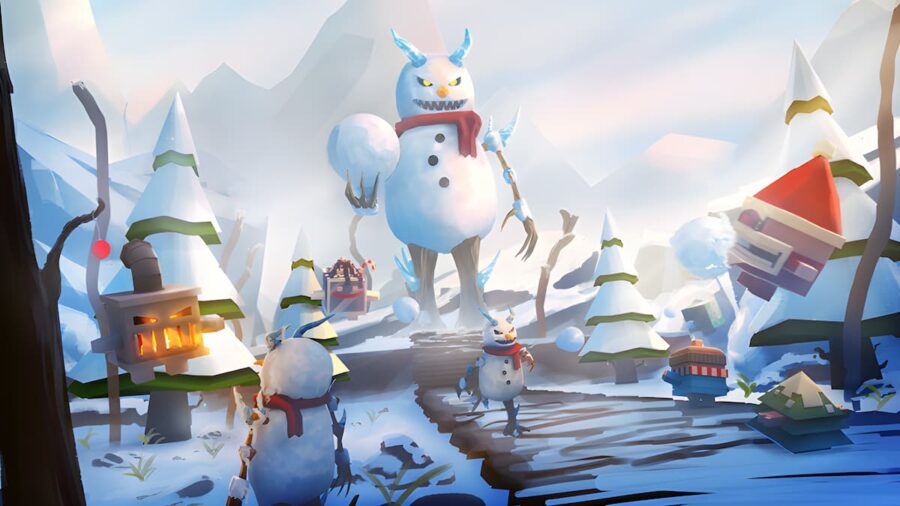 Who doesn't want to grow to giant size by running and swinging your weapon?!? Well, that's exactly what you do in Giant Simulator. Start a minuscule character, but by training your sword arm and by running everywhere, you will begin to grow as you level up.

Our codes for Roblox Giant Simulator will give you an array of goodies to help you become a giant as quickly as possible. These rewards could be Gold, Season XP, which goes towards your Easter Pass, Credits, Snowflakes, Quest Points. Gold is very important, as it's what you need to open chests with. You obtain weapons and skins—these will give you a bonus multiplier to XP!

All codes for Giant Simulator

Here's a look at a list of all the currently available Giant Simulator Codes:

How to redeem Giant Simulator codes

Redeeming codes in Giant Simulator is very simple! You should see a white Twitter icon on the side of the screen. Click on the area labeled "Enter Code..." and input one of the codes from below. Once you've got it entered in correctly, you'll just need to hit the Enter button, and then you'll receive the reward!

What are the codes for Giant Simulator?

Codes for Giant Simulator give various rewards; you could get Seasonal XP, gold, snowflakes, and more! These are used for something in the title, so having it is never a bad thing. There is no harm in using all of the codes at once/.

Some Giant Simulator codes have a minimal lifespan and can expire quickly, while others can last long. If you find a code from the working section not registering in Giant Simulator, ensure it's spelled exactly how it is displayed above.

If that wasn't the issue, the code might have expired. If that's the case, please let us know so we can move the code to the expired section. Bookmark this page to ensure you don't miss out on new codes.

What is Giant Simulator?

Giant Simulator is a game all about getting as big as you can. You start as a tiny person. Then you grow by earning XP and leveling up. With every level up, you start to grow that slightly but taller. Spend your Tokens earned from training to buy new equipment, like weapons and skins, to increase the XP gained per weapon swing/movement to level up quicker.

Head to new areas, take on quests, acquire pets, and level up your favorite weapons and skins to make them stronger than ever before!"