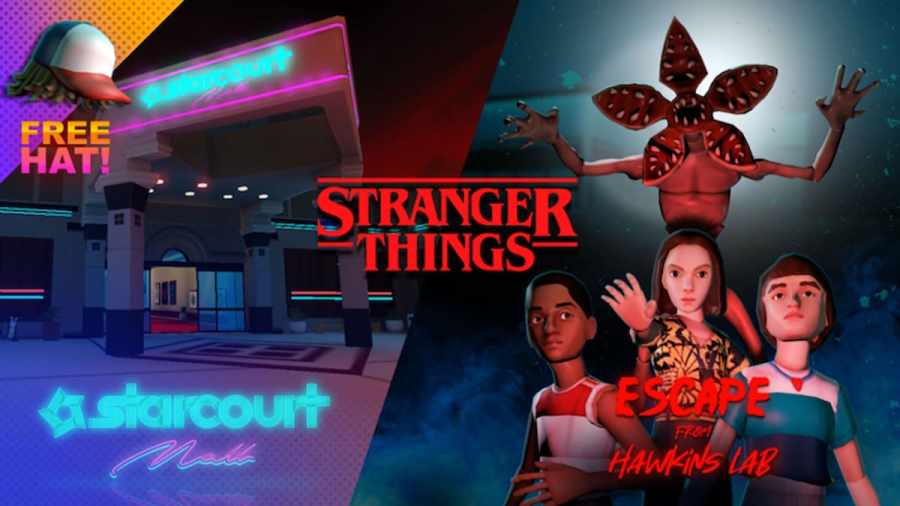 Just one year after the release of the original Stranger Things experience, Starcourt Mall, another new addition is set to make its debut on the platform. Though season five of the popular sci-fi series isn't set to come out until 2024, and season four wrapped up earlier this year in July, Netflix is seemingly hoping to fill the empty space between these releases with a new-and-improved, and currently top-secret, experience. At the time of this article's publication, little information is known about this experience, but it's expected to debut before the end of the 2022.

For now, eagle-eyed fans and leakers have discovered the experience's home base, hidden behind the likely placeholder title "Papa's Lab", a Netflix-created badge, and the official Netflix Roblox group. Members of this group include various developers, testers, and management officials that have worked on numerous crossover events for Roblox, such as the Fashion Klossete Designer Showcase event, Insomniac World Party event, and even Nikeland. On top of these discoveries, the most notable Roblox leaker in the community, EventHunters, also posted a tweet on October 12, 2022, stating that over 30 Stranger Things-themed items have been leaked with this experience.

It's unknown if any of these items will be free, but considering the history of Starcourt Mall, we'd expect at least one of them to be earnable at no cost to the player. If/when this experience releases and free avatar items are added, we will create a guide that details how to obtain them accordingly.