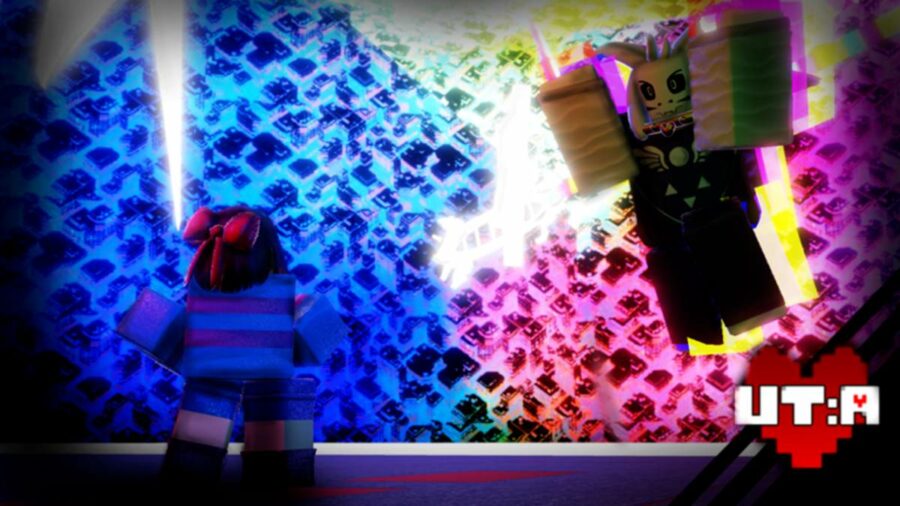 In Undertale: Arena, you can experience a three-dimensional version of Undertale from the perspective of many characters. As soon as you begin the game, you are give the option to choose your character and must master their abilities to take down your opponents in battles, whether they are other players or boss characters in the game.

Codes can be extremely helpful in the game because they instantly grant you helpful resources like Gold, EXP, Souls, and DT. You normally earn these by participating in battles and defeating players or bosses, but redeeming these codes can give you a boost to cut out some of the tedious grinding. The most common rewards are EXP and DT, which are essential to leveling up your character and progressing through the game.

If you find the codes below helpful, be sure to use our comprehensive list of recent codes for hundreds of other Roblox games! We have the latest codes for all the most popular games, including other games based on Undertale. Check out our codes for Unwavering Soul, Undertale Last Reset, Undertale Crazy Multiverse Timeline, and Undertale Ultimate Timeline.

Here's a look at all the working Undertale: Arena codes.

How to Redeem Undertale: Arena Codes

Redeeming codes for free rewards in Undertale: Arena is easy.

How can you get more Undertale: Arena codes?

We update our code list as soon as codes are made available for Undertale: Arena, so the east way to get new codes is to bookmark this page and check back if you ever notice that an update was posted to the game's official Roblox page. If you want the codes sooner, you can join the official Discord server and check when the developer announces new updates.

The most common reason for an invalid code is that the user entered it incorrectly. Undertale: Arena codes are case-sensitive and require all the necessary punctuation (exclamation points are common in Roblox codes). To avoid typos, copy and paste the code directly from our page into the game, instead of entering it manually.

The game will tell you if you have already used a code. If you are sure you entered the code correctly and it doesn't say "Already Redeemed" when you submit it, then it has likely expired. If this happens, be sure to leave us a comment so we can investigate the issue and update the page!

What is Undertale: Arena?

Undertale: Arena is a popular Roblox game that is based on the fantastic story-telling experience and choice-driven game Undertale. In this version, you focus less on choices and more on combat against other players and some of the most notable bosses and creature in the original game. With every battle, you gain experience and other resources that you can use to purchase better gear and improve your character's stats. Your main goal is to reach your character's strongest form by playing and winning battles.