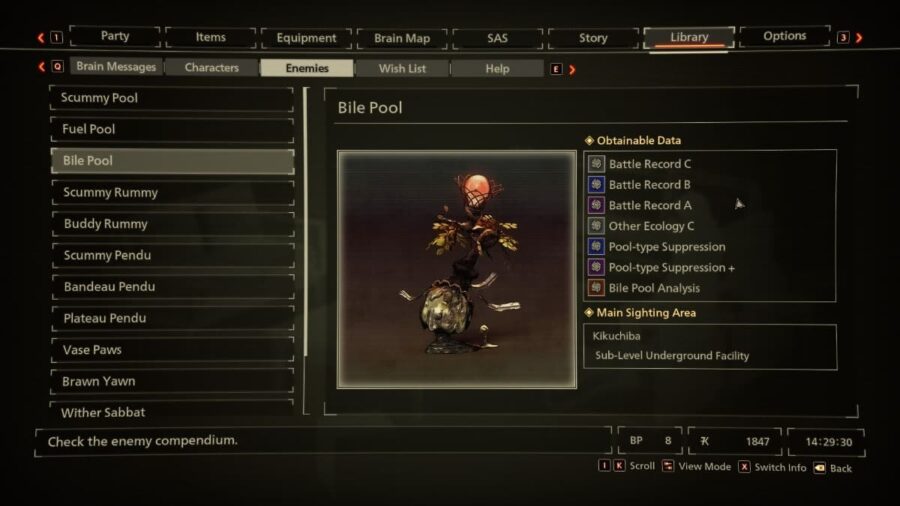 You can find most of these others in the first area, Kikuchiba, in all areas such as the sub-level, marketplace, and construction site. So all you need to do to get the b battle record is to farm these enemies types.

However, to make the most of your farming, we highly recommend using brain crush as it will force enemies to drop rare items upon death. That said to use brain crush, you will need to do either rush follow attacks or psychokinesis follow-up attacks.