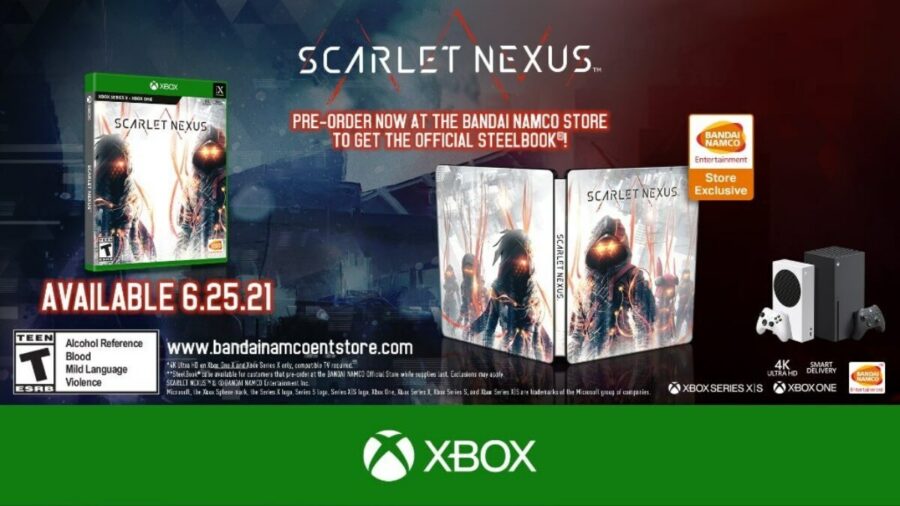 Here you will find everything you need to know about all of the Pre-order Bonuses and special editions available for Scarlet Nexus.

Players who pre-order any version of Scarlet Nexus will receive the following items.

There is also a limited-time offer where if you order the game from BANDAI NAMCO Entertainment Store, you will receive a steel book case with your game. The offer will last until the game's release date on June 25th for those who are interested.

If you pre-order the Digitial Deluxe version of the game, you will receive the pre-order bonuses listed above and some additional items that we list below.

How much does Scarlet Nexus Pre-orders cost?

The deluxe version of Scarlet Nexus costs $79.99, and the standard version costs the usual $59.99. That being said, pre-orders are available now all the way to June 25th, when the game releases. The game is also available on Xbox One, Seres S/X, Playstation 4/5, and PC.

Stay tuned for more Scarlet Nexus coverage at PGG in the upcoming week and months.