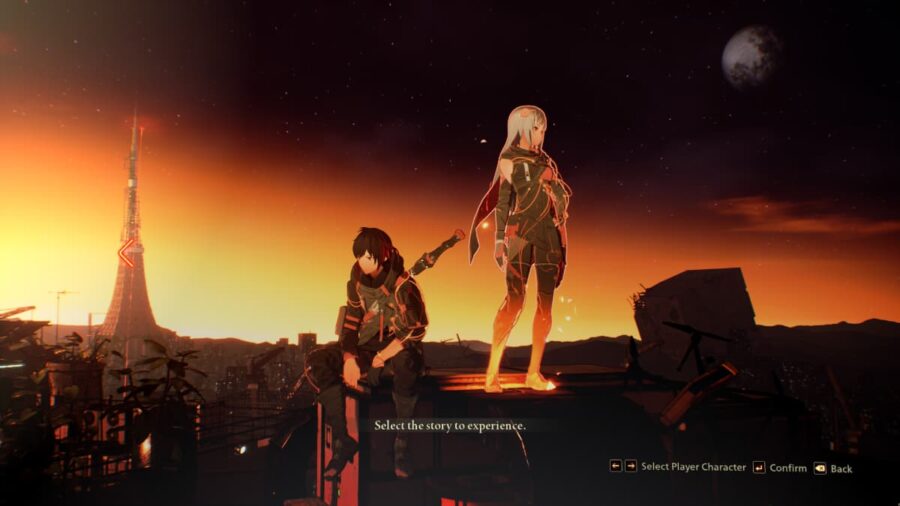 In Scarlet Nexus, players have the choice of two characters to play as in the game, Yuito Sumeragi, Kasane Randall. Each character also has different play styles and provides players with a unique story experience. What this means is that, when you choose one character, your game will revolve around them, and stories and events will occasionally pop up that will be exclusive to them.

Yuito Sumeragi's story summed up is that he joined the OSF as a volunteer because they saved him at a young age. He also has a history of family members being in the OSF, so his story will involve this angle heavily.

Kasane, on the other hand, was scouted by the OSF and quickly became an elite cadet. She's at the top of her class and cold to others but calm and rational. However, she has an adoptive sister that she will do anything for and is quite protective of.

But beyond story, plot, and origin story, each character plays differently. For starters, Yuito is a close-quarters combatant and utilizes a sword and psychokinesis abilities. Because of this, we recommend choosing him if you are used to a fast hack and slash style of gameplay, along with smashing quick combos in fights.

But if range combat is more your thing, we recommend going with the other character, Kasane Randall. This is because her playstyle is geared towards a combination of fast melee attacks with a weapon called a arrow leaf, ranged combat, and psychokinesis abilities.

Kasane's is also geared towards being quick on your feet and using multiple knife weapons to attack enemies. Meanwhile, Yuito is more geared towards overwhelming foes with the strength of his melee attacks. Because of this, choosing a character in Scarlet Nexus pretty much comes down to which combat style you prefer and what story you identify more with.