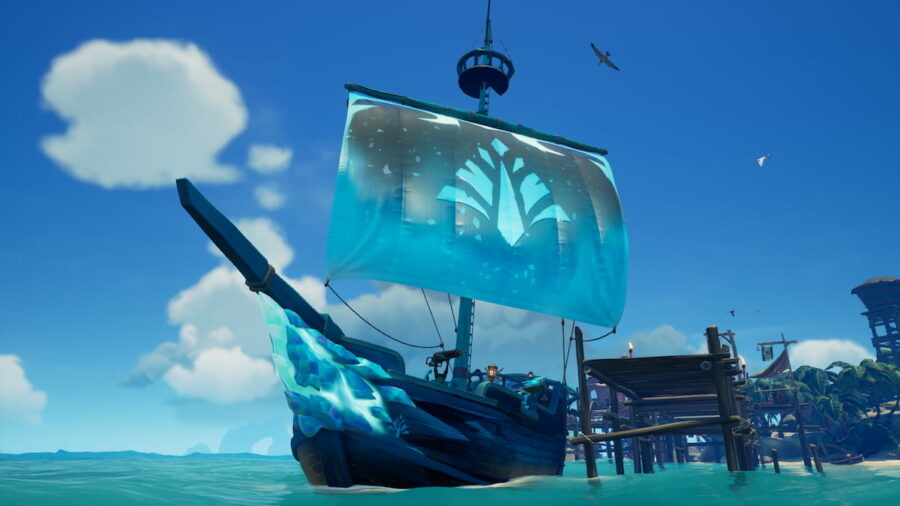 Season 7 promises to be an epic one, in a similar vein to Season 5. It brings a lot of features and changes that pirates have been clamoring for since the release of Sea of Thieves. So, let's dive right into what's new in Season 7.

The time has finally come for you to graduate from pirate to Captain! Being a Captain has many perks, but they come at a price. Literally. Hand over your gold.

After acquiring your Captained ship with hard-earned gold, you can finally give it a name. This will be engraved upon the Ship's Crest and will show up on a banner when gazed upon lovingly through a spyglass.

As if achievements weren't enough, Captains can now take on Milestones and Alignments. Alignments are different categories that are populated with Milestones. These Milestones track your progress as a Captain, in addition to those of your Captained ship.

Related: Where to Sell Crates and Gunpowder Barrels in Sea of Thieves

The Shipwrights have a lot more functionality now. They will sell supplies, repair damage to your ship, and supply Captains with special Captain's Voyages.

A new faction joins the Sea of Thieves. The Sovereigns act as intermediaries for Captains and Trading Companies. This will allow Captains to quickly offload their goods, but you must be a Captain, or the Sovereigns won't give you the time of day.

The Logbook functions as a living record of any and all completed feats from each voyage. They're also a valuable treasure to be plundered after sinking a Captained ship.

Ship customization is getting an overhaul. Captains can now save loadouts for their ships as well as customize the Captain's Cabin with trinkets, decorations, and more. Just be sure to keep it tidy after a rough voyage or encountering combat.

All New Features & Changes in Sea of Thieves Season 7