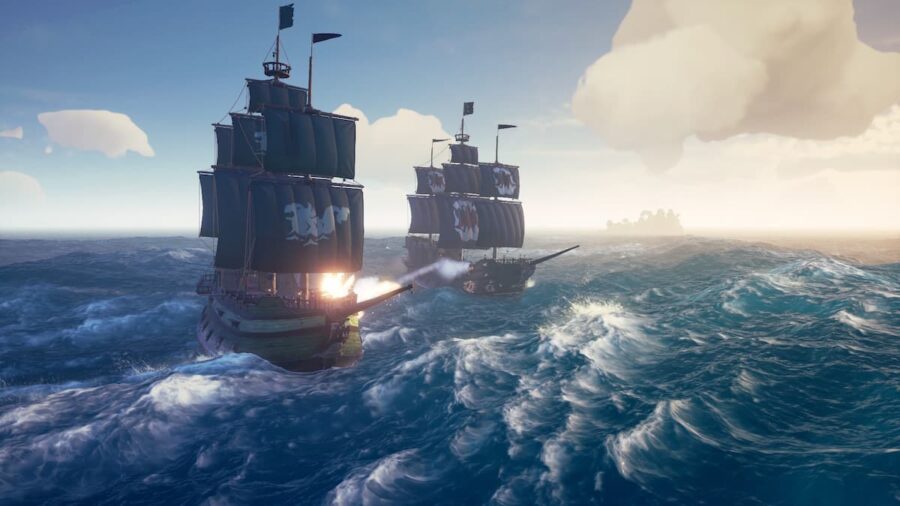 Sea of Thieves has introduced in Season 7 the ability to purchase, captain, and name your ship. This may lead to many players struggling to come up with an appropriate name. We have you covered if you want famous fictional ships, historical, funny, or anime-inspired ship names. Check out our list of best ship names in Sea of Thieves below.

If you prefer to take things less seriously, you can name your ship something that will cause others to laugh. We have compiled a list of funny names that will surely have other pirates laughing when you pull into port. Check out our recommendation for the best funny ship names in Sea of Thieves.

The names in this list are incredibly famous and appear in other works of fiction. This includes television, film, books, and other video games. While they are from separate works, they fit in perfectly with Sea of Thieves. Here are the best famous fictional ship names to use in Sea of Thieves.

Related: Where to Sell Crates and Gunpowder Barrels in Sea of Thieves

Ships have long been used in history as means of transportation, warfare, and more. As a result, many ships have earned a spot in history and are remembered long after retiring or sinking. Here are the best historical names for ships in Sea of Thieves.

Related: What does The Red Sea mean in Sea of Thieves?

Best One Piece Ship Names for Sea of Thieves

Coming up with a good ship name can be hard, so we recommend checking out this list. Feel free to use one above or take inspiration and come up with your own. If that fails, you can check out various pirate ship generators online to come up with something.

Best Famous and Funny Ship Names for Sea of Thieves