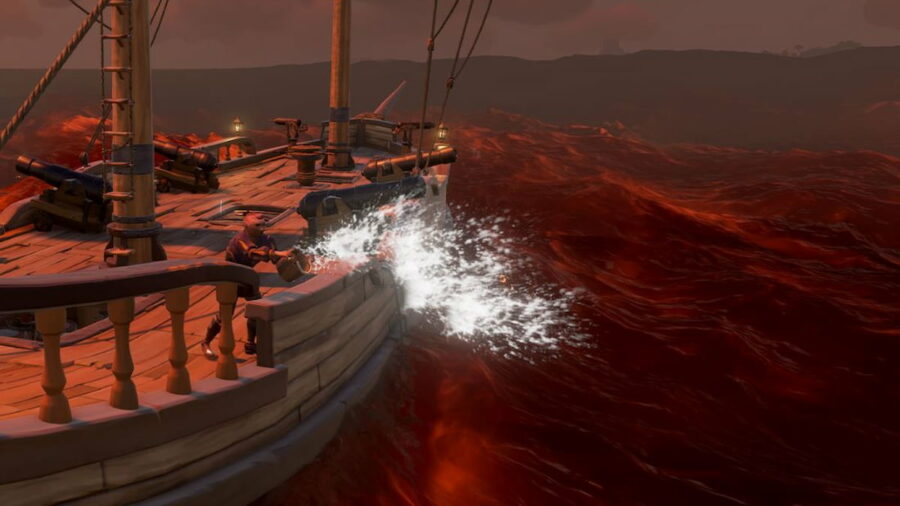 The mysterious Red Sea, also known more officially as The Devil's Shroud, is an ominous boundary full of blood-red water. Be careful of your ship's wellbeing while in this dangerous zone, as it won't last without the Shroudbreaker in your inventory.

In Sea of Thieves, what does The Red Sea mean?

The Red Sea is an amorphous area in Sea of Thieves. It is made to inform you that you are out of bounds of the game's playable area. Although much of the community refers to this portion of the game as The Red Sea, it is more formally known as The Devil's Shroud. When the seawater turns red and the sky gets darker, you are leaving the playable area of the game.

Related: Skull and Bones vs Sea of Thieves – Similarities and Differences

Will The Devil's Shroud hurt your ship in Sea of Thieves?

If you are in The Red Sea/Devil's Shroud area while playing Sea of Thieves, your ship will not be safe. Over the course of seconds to minutes, your ship will begin to deteriorate. The only way to stop your ship from being destroyed in The Devil's Shroud is to be carrying the Shroudbreaker item on you while sailing. When you finally get the Shroudbreaker, you'll be able to see it mounted on the front of your crew's ship.

What does The Red Sea mean in Sea of Thieves?