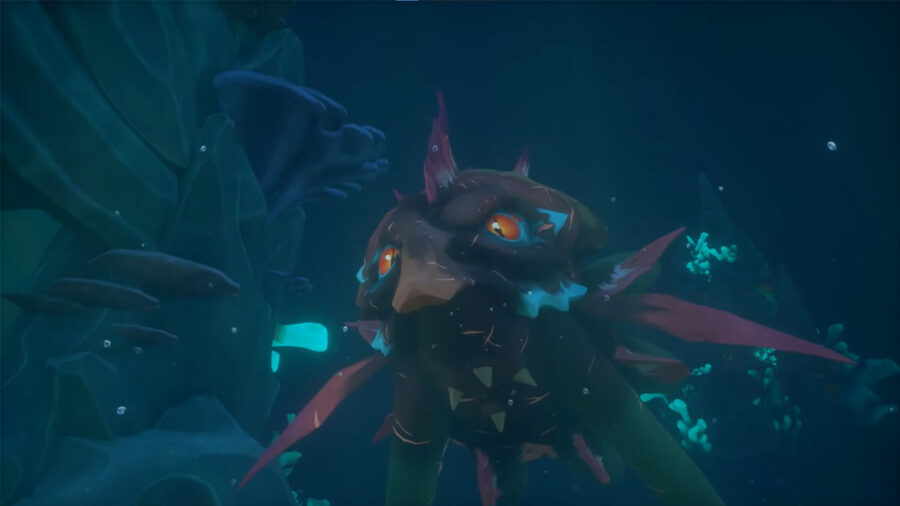 The fabled Kraken is a mythical beast that has skulked through the Sea of Thieves and taken many a ship to its watery grave. As pirates hear the telltale sounds of it approaching, the waters turn inky and dark. Tremendous tentacles burst forth from the salty waters and tower menacingly above even the largest ships. But players have often wondered, does the Kraken actually have a body hidden by the dark waters?

The answer is twofold. There actually isn't a body in open-world encounters where the Kraken seizes a player's ship, and they must fight off the tentacles. Swimming near the tentacles shows that they stop shortly under the waterline. However, the Kraken finally gets a body during The Sunken Pearl Tall Tale.

Related: What is the Llama Beard Error in Sea of Thieves and how to fix it

The reveal of the Kraken after so many years of speculation has been a little lackluster. It looks more akin to a mutated fish with tentacles instead of a monstrous squid. The design is certainly inspired but would have been more aesthetically pleasing if the eyes and beak were located in a more true-to-life location. Either way, we finally have our answer and can go back to sinking skelly ships on the open seas.

Does the Kraken in Sea of Thieves have a body?