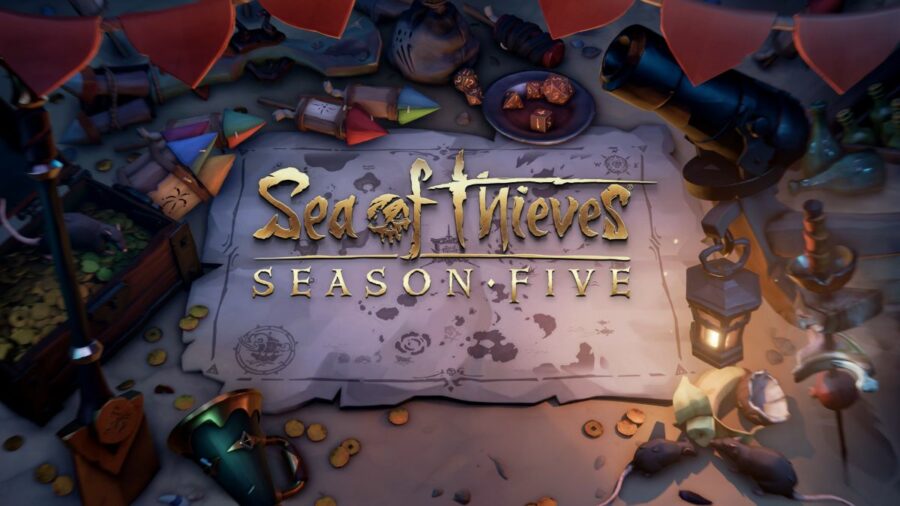 The official Twitter account for Sea of Thieves has shared an image that shows the release date for Season 5—December 2. Not much else is revealed about Season 5 other than the new image, which contains items that may hint at what's to come, like dice, fireworks, and a mini-canon.

The developers at Rare have been teasing a major announcement for a few days now, even showing off potential new features for the upcoming season. One of those features is that pirates will soon be able to bury treasure.

Season 4 of Sea of Thieves was released on September 23, and it incorporated a lot of cool new features for gamers to try out. Season 4 allowed players to swim underwater and explore underwater dungeons. New, valuable treasures were also added to the game in Season 4. This includes the Breath of the Sea, which players can sell for a high price to any trading company.

Season 4 also came with free content for all players. Season 5 will probably follow the same trajectory and will have free items that all players can get their hands on once it realeses on December 2.