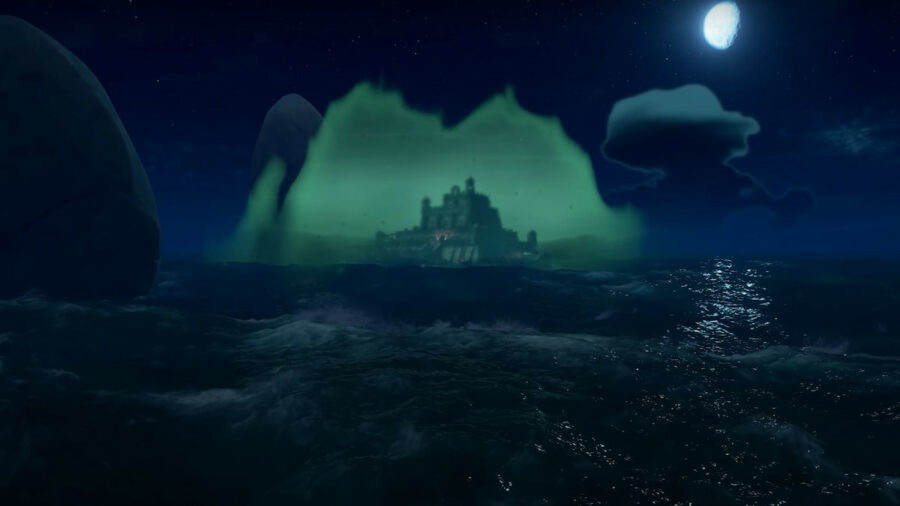 Have you spotted mysterious and confounding green fog or smoke in Sea of Thieves? This may seem concerning, but it's likely one of two reasons, neither of which are cause for concern for players. Whether an aesthetic region or a new in-game item, don't be afraid of the green fog!

Related: Most Expensive Chests and Loot to sell in Sea of Thieves

If you are seeing a different kind of green fog in the game that is less bright and more brown-toned while you are sailing, this probably has to do with where you are. This color of fog can be seen when a player is sailing into The Wilds, as this color communicates the desolation and mystery of this haunting area. This fog is purely aesthetic and does not have any specific effects on players or their ships.

If the fog is more of a bright green and comes from a large structure floating in the water, this is likely part of a sea fort in the middle of a sea, which gives players opportunities in solo play.

What does green fog mean in Sea of Thieves?