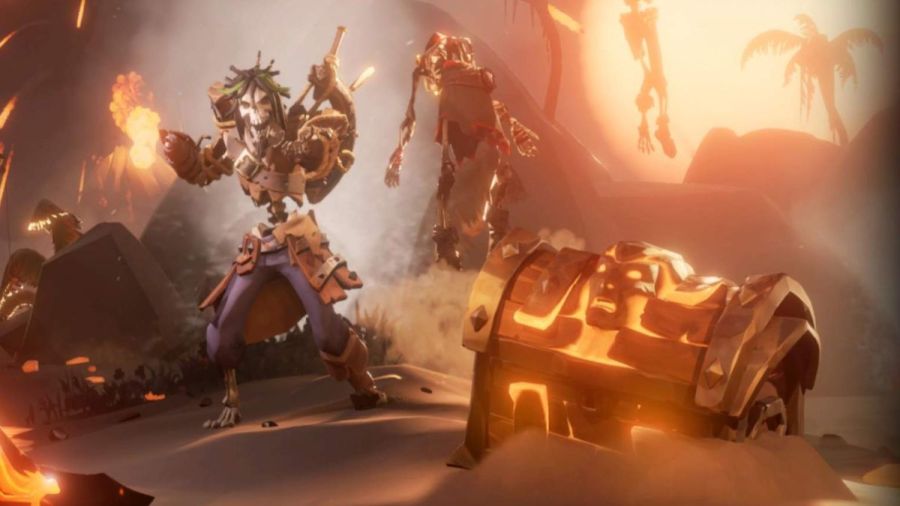 Since the game's release, Sea of Thieves has been updated with massive amounts of new content, Tall Tales, and treasures. With every major update comes new types of treasure to find and sell, and players are always looking for the rarest shinies that will get them the most coin. We have outlined the most expensive treasure chests and loot you can sell in the list below.

Note: Because they're rewards for completing a story rather than loot that you have to find, we have opted to exclude some Tall Tale chests from this list. Everything listed below is the loot you have to get by defeating enemies, exploring the seas, and doing tasks!

Treasure chests are the primary source of income for most pirates in Sea of Thieves. Most Trading Companies are interested in the majority of treasure chests, and with high emissary value, they can be the most lucrative method of obtaining wealth. In this list, you'll find the name of the treasure, its max value levels based on Emissary Level (EL), and sources where you can obtain them.

Related: Sea of Thieves: Stuck on searching the sea – How To Fix

If you don't exclusively look for treasure chests, you can make plenty of money by finding these other rare loot items on your travels and selling them to the right company.

Those are all the most valuable Treasure Chests and loot items in the game! Don't forget that most of these are very rare, so sometimes collecting quantity over quality may be more worthwhile to get more gold coins!