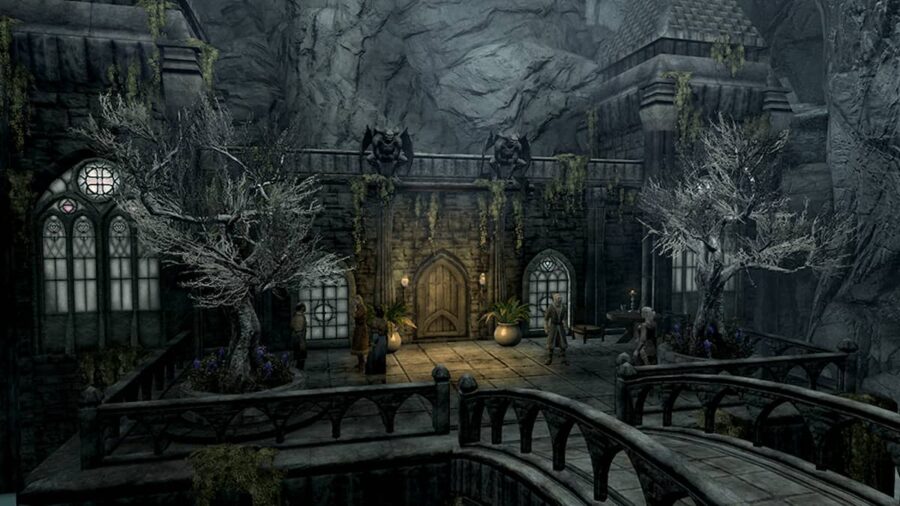 There are many places you can spot High Elves all across Tamriel. But eagle-eyed Skyrim players will know there are some essential hotspots and trademark locations that you'll be more likely to find Altmers. Whether you need to find a dead High Elf for blood or you just want to meet more of them, we've got some essential tips to make your task easier.

Difference between High Elf, Altmer, and Thalmor in Skyrim

Altmer is the most technically correct name for the High Elf race in Skyrim, but it is a given and sometimes derisive name by the Empire. For that reason, we will use the terms Altmer and High Elf interchangeably. There is also the term Thalmor, which refers to a specific group. Thalmor is a title similar to nobility. The Thalmors are a conglomerate of elite High Elves who command the Third Aldmeri union. They are concerned with Altmer supremacy and oppose the Nords.

Where can you find High Elves in Skyrim?

Be careful in areas that have many people if you plan on attacking a High Elf. Check out these locales to spot Altmers:

There are some particular venues that will either guarantee a High Elf sighting or raise the chances significantly. Try going to any of these places to spot a High Elf or two:

Where to find High Elf Blood in Skyrim

How to locate a dead High Elf

This might sound obvious, but you do need a dead High Elf in order to harvest High Elf Blood. Before you kill the first High Elf you can find, consider finding a corpse. If you have not disturbed the area, there is a dead High Elf within a spike pit trap at Halted Stream Camp. The camp is a Bandit fort that is located North West (more North than West) and East of the Silent Moons Camp. You can also find various dead Altmers at random spawn points across other forts and prisons.

If you are determined to kill a High Elf, you'll need to be prepared. If you are leveled up heavily and have honed your style of fighting, the actual killing should not be too tricky. If you are a beginner in the game, just practice killing easy targets in the wild to prepare.

The main thing you need to know is to avoid killing Altmers, or any character, in heavily populated areas. Killing characters where others are around can cause a mob to descend upon you. Locate a target and follow them to determine their walking pattern (most NPCs will have a pattern of movement that loops). When they are alone, crouch to make sure you two are alone and strike at that moment.

Want to read more helpful Skyrim guides? If so, check out How to Play Skyrim on Oculus Quest on Pro Game Guides.

Where to find High Elves in Skyrim