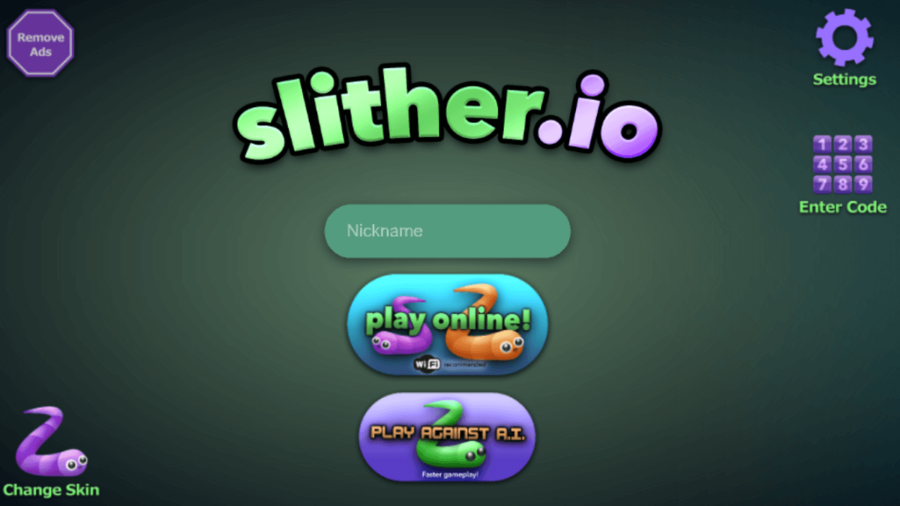 Few browser games are as fun or addictive as Slither.io is. This browser and mobile title lets players crawl through mounds of food and climb to the top of an ever-growing heap of worms battling for supremacy in this title. The only thing that could make this title even more addictive is free rewards via codes!

The Pro Game Guides Slither.io Codes list lists the current codes that players can redeem for several types of different unlocks and rewards. Each of the game's codes will help you customize your worm with ease!

Page updated. No new codes added this time, but check back soon to see if we've got some extra freebies!

Pro Game Guides updates this page each time we find extra codes available. Make sure to redeem the codes in this list as soon as possible to avoid them expiring and locking you out of rare rewards! Each code is tested upon publication, so if you find a code that doesn't work, let us know which one gave you trouble in the comment section!

Make sure to copy the code exactly as it appears on this page to avoid errors.

How to Redeem Slither.io Codes

How to enter Slither.io Codes

Head to the Slither.io Main Menu, and press the Enter Code button on the right side of the screen. Next, enter the codes exactly as they appear in the list above by pressing the correct Keypad number in order.

Once you input the 12-digit code, the game will automatically check the code is valid. When one of the codes in Slither.io works, a new screen will appear, showing you your worm and the cosmetic items above it.

If the code is invalid or expired, the 12-digit code will shake for a few seconds, indicating that the code did not work.

Slither.io is a multiplayer online game where players control a snake-like creature that grows by absorbing resources on the map. Other characters wander the map simultaneously, and the unlucky players who collide with other users will die, leaving an enormous food trail behind for other invertebrates to scoop up and grow.

What happens when you die in Slither.io?

When players die in Slither.io, they'll have to restart the game as a tiny snake, climbing their way up to size again by tracking down more orbs and food as they scuttle along the ground.

Want more codes for your favorite games? Check out our other articles on Pro Game Guides, like Roblox Minerblocks Codes (May 2022).