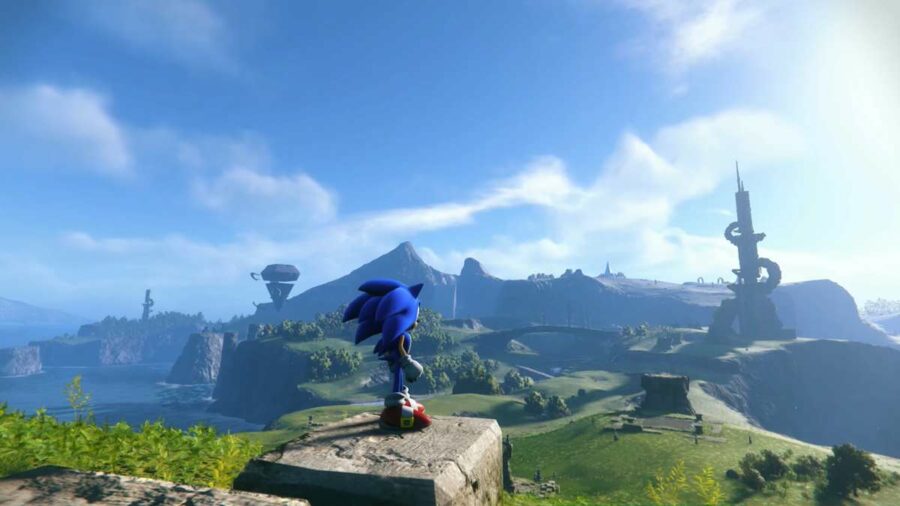 Sonic Frontiers is an open-world game that takes place in beautiful environments with what looks like different biomes like swampland, rolling plains, and luscious forests. Sonic also faces what seems to be an otherworldly giant threat. So when does Sonic Frontier release?

What is the release date of Sonic Frontiers?

Sonic Frontiers is releasing on Nov. 8, 2022, on PlayStation 4, PlayStation 5, Xbox One, Xbox Series X/S, and Nintendo Switch. Frontiers is the next installment in the Sonic the Hedgehog series developed by the iconic Sonic Team at Sega. And is something entirely new from the team.

Related: How to sign up for the Dune Awakening Beta

The latest trailer for Sonic Frontiers can be viewed below.

Sonic Frontiers is both open-world with 2D and 3D gameplay sections, like in previous titles. Use and learn new abilities to traverse the overworld, and confront a colossal threat. But will Sonic's speed be up to the task to combat this new dangerous threat?

For more Game Awards guides, check out these new titles What is Moonbreaker? Release date, trailer, miniatures, and more and What is Return to Monkey Island? Release date, gameplay, & more.

When does Sonic Frontiers release?