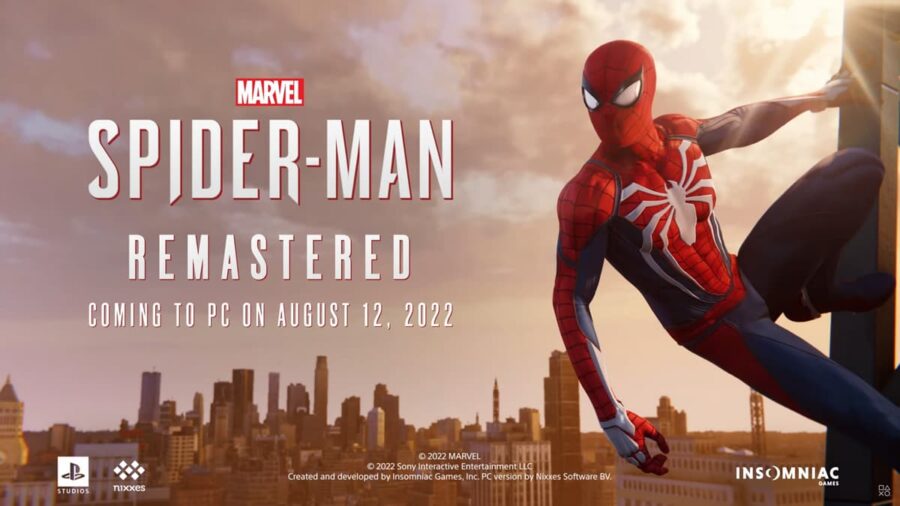 During the June 2, 2022 State of Play, Sony revealed the remastered version of Marvel's Spider-Man will arrive on PC on Steam and the Epic Games Store on August 12, 2022. This version of Marvel's Spider-Man is a collaboration between Insomniac Games and Nixxes, a Sony studio that specializes in bringing Sony's first-party titles to PC. This remastered version will also include Marvel’s Spider-Man: The City That Never Sleeps DLC, which is three story chapters with additional missions and challenges.

Marvel's Spider-Man is an original Spider-Man story. You play as Peter Parker, who has been fighting crime as Spider-Man for many years before the events of the game. Peter will struggle with managing his personal life and his crime-fighting vigilante life as he unravels the mystery of who is threatening the city.

This open-world action-adventure will have complete story missions throughout the city and fight Spider-Man's iconic villains. While not on a mission you are free to swing through the city completing side quests and finding collectibles.

For more on Sony, be sure to check out some of our other articles here on Pro Game Guides, like the Sony reveals dates and regions for new PlayStation Plus subscription tiers