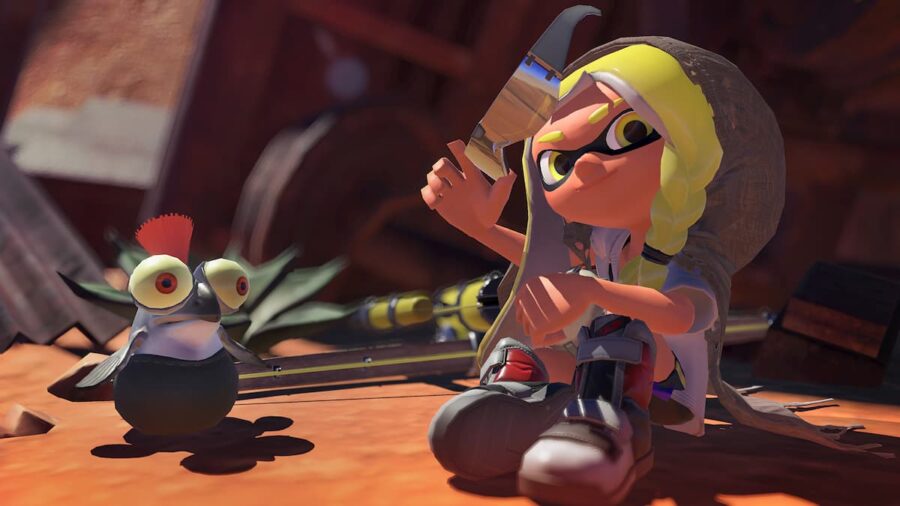 There are three parts to a weapon kit in Splatoon 3: the main weapon, sub weapon, and special. While you will primarily use your main weapon in battle and ink turf, your sub weapon provides many bonuses. This may leave you wondering what the best grenades and sub weapons are in Splatoon 3.

Most sub weapons are grenades covering a wide area in ink, splat opponents, or provide control or pressure on the battlefield. Additional sub weapons provide support in information, protection, and more. Here are our recommendations for the best sub weapons ranked in Splatoon 3.

Splat Bomb is the classic and iconic grenade in the Splatoon series, and it remains one of the best sub weapons in Splatoon 3. It has a quick detonation, does good damage, and is very easy to use. Additionally, it provides immediate pressure to enemies as they must flee from it or risk getting splatted.

The Suction Bomb is a great sub weapon as it has a large blast radius and does a lot of damage, essentially guaranteeing a splat on a struck enemy. It has a longer detonation time than the Splat Bomb but can be stuck to surfaces. This means you can block off an area and force opponents to move.

Related: What does the Tacticooler do in Splatoon 3?

The Auto Bomb may not be as strong as the Splat Bomb or Suction Bomb and take longer to detonate, but it does have a few perks they don't. Because of its ability to seek enemies out, it doesn't require too much aim and can reveal enemy positions. It forces opponents to move, leaving them open to be covered in ink.

The Burst Bomb is fairly weak, but it makes up for this with its low ink cost and ability to throw multiple out quickly. This lets you chain grenades, which is great for applying pressure on the enemy. They also explode on contact, meaning you can easily cover enemies in ink on direct hits.

The Fizzy Bomb is a somewhat unique grenade due to its ability to be powered up. This does require you to do further inputs like shaking the controller, moving the left stick, or mashing buttons, but it makes the Fizzy Bomb more effective.

Technically not a grenade, but the Splash Wall is a great supportive sub weapon. This deploys a wall of ink that can protect you and your teammates. It can be destroyed by the enemy and must be placed strategically, but overall it is a helpful sub weapon if you prefer to provide aid to your team.

Like the Auto Bomb, the Torpedo will seek out nearby enemies when thrown. This makes it great for revealing enemy positions and deals a large amount of damage when it explodes. The downside is that it can be shot out of the air, which means your opponent is not firing at you for a brief window.

The Curling Bomb offers more than just a typical grenade. When thrown, it moves forward, leaving behind a trail of ink. You can then swim behind the grenade and advance using it as cover. The explosion is decent and deals a fair amount of damage, but its mobility options out weight the offensive ability.

You and your teammates are bound to lose an ink fight and get splatted, and this is where the Squid Beakon comes into play. Placing this on the map provides an additional super jump point, letting you and your team travel more freely. It can be destroyed and is less useful on smaller maps, but it can provide a tactical advantage on larger maps.

Related: How to get the Harmony Badge in Splatoon 3

The Angle Shooter is more complicated than it needs to be but primarily relies on slow-moving or unsuspecting enemies to be effective. It can be quite effective when used right, but it is difficult to master this grenade due to its varied effects, such as hitting an enemy directly, an enemy walking into its ink, and bouncing off surfaces.

The Point Sensor provides you with the location of any enemy in its area but does little else. It does not deal damage, put pressure on enemies, and can be easily destroyed. This sub weapon is better left in Splatsville as simply paying attention to your screen provides a similar perk.

The Sprinkler is primarily a tool for distraction or covering an area in ink, as it is stationary and easily destroyed. It can distract an enemy for a few seconds as they must turn from you to destroy it, providing an opening to splat them. We recommend placing this up high so the ink can rain down on a larger area.

Toxic Mist is primarily used to deny an area and put pressure on opponents. Its ability sounds good in theory, but as opponents rarely stay in its area of effect for long, it is fairly ineffective. But if you strike an enemy not paying attention, the debuff will let you chase them down easily.

For more information on Splatoon 3, check out How to get the Judd Badge in Splatoon 3 and Splatoon 3 Shooter – Best uses and weaknesses on Pro Game Guides.