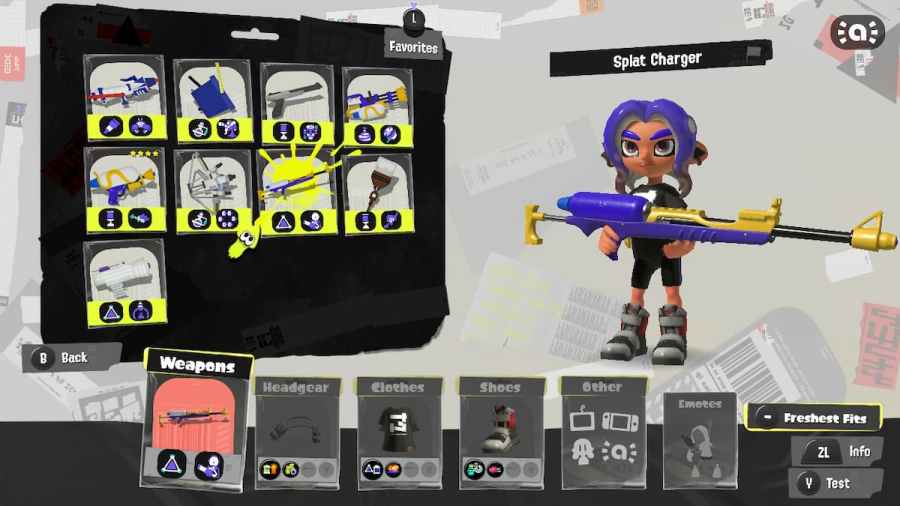 One of the best things about Splatoon 3 is the huge range of weapons players can pick from. Nothing stops players from dipping into various roles, so long as they have enough Sheldon Licenses to obtain the weapons. This makes Sheldon Licenses one of the most important currencies in the game. It may be a tad vague on how to get these licenses, but they're also easy to farm up.

How to get more weapons in Splatoon 3

Raising a weapon's freshness level is also done by using that weapon in play. These level-ups happen less frequently, but they're still a nice way to get some extra Sheldon Licenses.

Once they are obtained, players can head over to Ammo Knight's in Splatsville. This is where Sheldon himself has a cache of weapons for players to pick from. It can be useful to hear Sheldon's explanation for each weapon. If never used before, a player can learn a couple of things about using that weapon from Sheldon.

How to get Sheldon Licenses in Splatoon 3