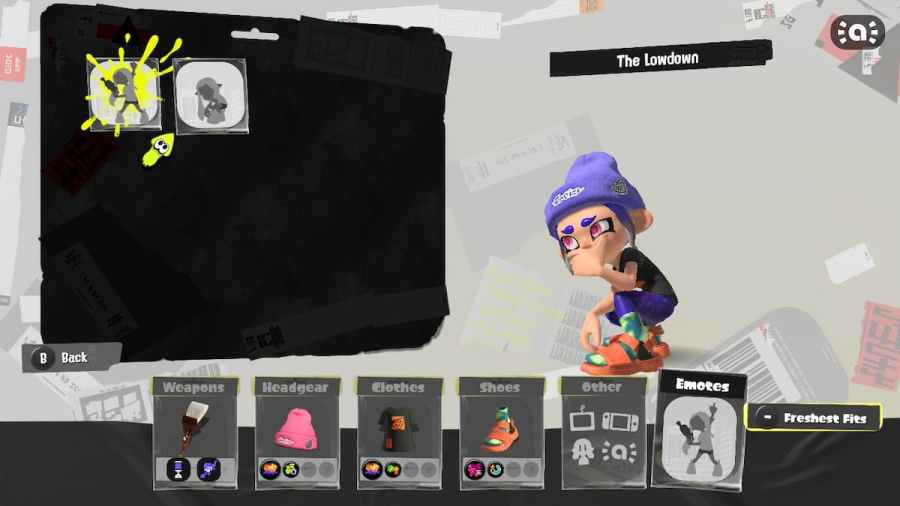 In many competitive games, one of the most liked aspects is typically emotes. Players enjoy making a big play or getting a win and adding their own personalized flair to their triumph. This stands true for Splatoon 3, which features its own unique emotes for players to unlock and equip to add style points at the end of matches. Below, you'll find a list of every emote in Splatoon 3 to find the perfect emote to fit your style.

The Flip Out emote in Splatoon 3 is players' base emote when they first start playing the game. While it is a single emote, it is also the most unique emote in the game because it is actually 11 different emotes that are each tied to a different weapon type. This allows new players to have their unique emote based on which weapon they finished the game with, making for a fantastic starting emote.

The Card Shark emote must also be listed separately because it is the only emote unlocked through gameplay. Specifically, this emote is available to all players and can be unlocked by reaching Level 30 in Tableturf Battle, Splatoon 3's own take on a card game.

Related: How to get more emotes in Splatoon 3

While all of the emotes above can be unlocked and equipped, Splatfest emotes are unique emotes that Inklings and Octolings only perform under certain conditions during the scheduled Splatfest events. Firstly, the losing team in a Tricolor Turf War will cross their arms and nod, which is an unobtainable and unique emote. Secondly, the winners of a 100x or 333x battle will dance around, point at the sky, and strike a different pose. No part of the dance, point, or ending poses are obtainable emotes.