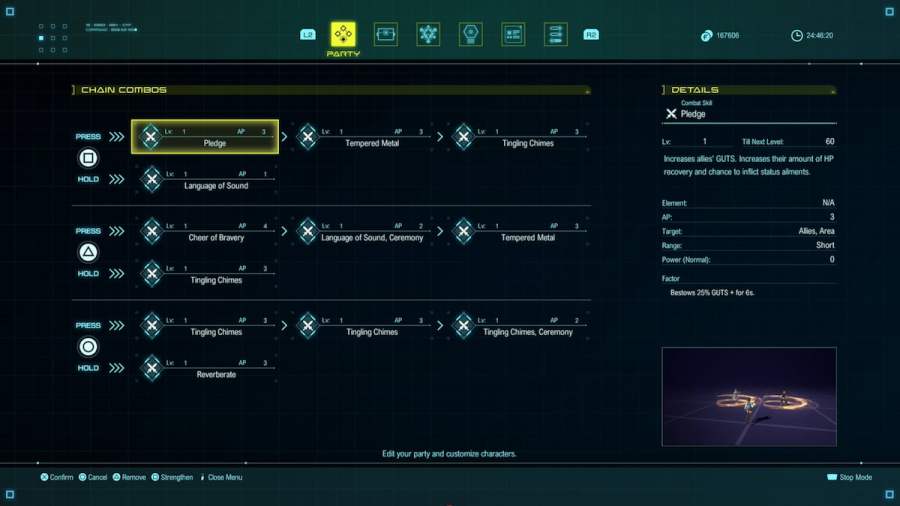 Star Ocean: The Divine Force features a fast real-time battle system. You control one character, but you can switch to three others freely. The allies you don't control will automatically attack but do they use all the moves in the arsenal? Do they use the Chain Combos you have set them? Here's a guide explaining if allies use Chain Combos in Star Ocean: The Divine Force.

Do you need to change Chain Combos for party members in Star Ocean Divine Force?

Related: Why does my AP keep changing in Star Ocean Divine Force

At first glance, the Chain Combos may have been for when a player takes control of them during battle, so you have access to the Chain Combos you have set. Unfortunately, that is not correct. Suppose you have deleted all the moves in their three Chain Combos, if so, your ally will do nothing in combat. They will move around but not attack. So you have to manually set each one for party members to participate and help you fight.

You need Chain Combos on all party members to utilize them in battle. If you wanted to increase the difficulty arbitrarily, remove everything from allies, so you must do all the work. If you only give them the basic attack, their damage output is abysmal.

Do allies use Chain Combos in Star Ocean Divine Force?