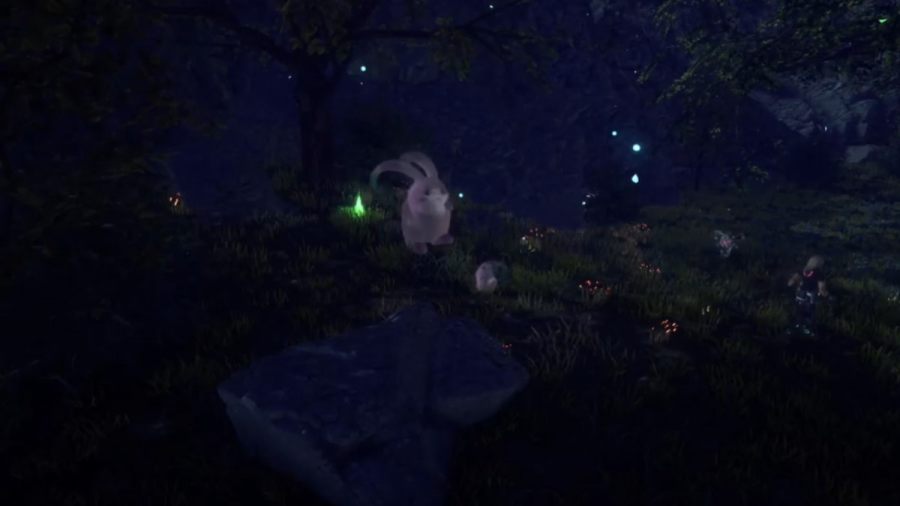 What are 'Mini-Bunnies' used for in Star Ocean Divine Force?

Mini-Bunnies in Star Ocean: The Divine Force are collectibles you can trade to a Big-Bunny further on in the storyline for Fol, accessories, and items. You'll find the Big-Bunny when you reach a place called Devotion Hill. After a cutscene here, you'll see a giant pink bunny in the area when you regain control. Interact with the Big-Bunny, and you'll instantly trade all the Mini-Bunnies you have collected. The Big-Bunny looks like the one outside of Larcette Village in.

There are 18 Mini-Bunnies to collect, and once you've got them, all will earn you the Trophy/Achievement called Bounty of Bunnies.

Related: Where to find Chacham the cat in Star Ocean Divine Force

Where to find 'Mini-Bunny' in Star Ocean Divine Force

To find Mini-Bunnies in Star Ocean: The Divine Force, use the Scan feature of D.U.M.A while on the field, and eventually, you'll see a small bunny icon appear on your full-screen map or mini-map.

When you see this icon, sprint up to you, and you'll see a small bunny running faster than Sonic in the area.

Mini-Bunnies are generally found in each massive region of Divine Force and sometimes in villages/cities. Also, keep a listen out for the pitter-patter of small feet when out in the wilds, and you'll find them. Having Extend Scan on DUMA will help massively, especially when maxed out at level four.

How to catch 'Mini-Bunnies' in Star Ocean Divine Force

To catch a Mini-Bunny, chase after it by sprinting while mashing the triangle button on PS4/5 and the relevant key on PC. Trying to capture this speedy bunny without mashing triangle will be a chore. So save yourself some headache and mash while chasing. You'll soon enough have caught the Mini-Bunny and added it to your inventory.