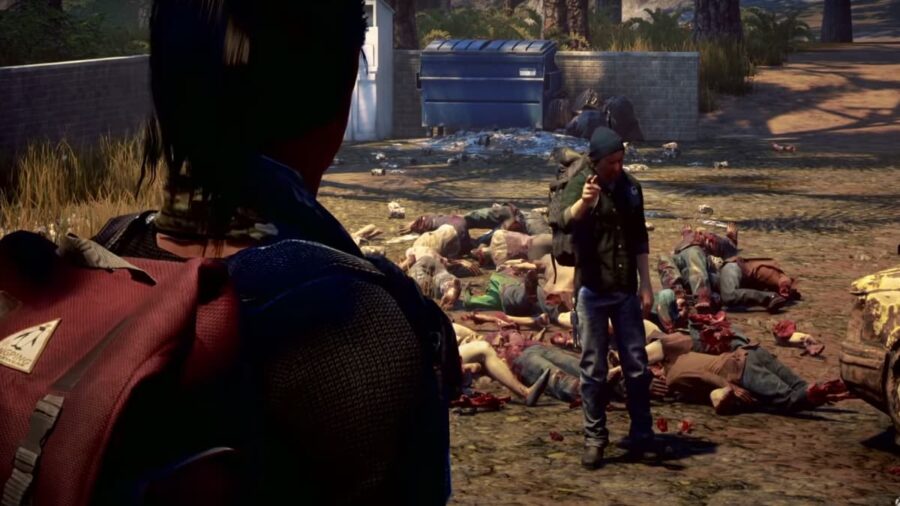 State of Decay 2's Homecoming update has just arrived, and it brings a whole host of content to the classic zombie survival community simulation.

The first and more notable feature is the brand new map called Trumbull Valley, a recreation of the full map of the beloved first State of Decay. Along with this, a ton of new weapons, missions, and even six bases have also been added with State Decay 2's Homecoming update.

Twelve bounties have also been added alongside tons of new costumes and cosmetic items for players to find and unlock in State of Decay 2. That said, here's an overview of everything that has arrived with State of Decay 2's Homecoming update and its official Update Patch notes.

Trumbull Valley is the first map in State of Decay 2 that will include exclusive content show below. If you want to get any of these new weapons, outfits, you will need to complete missions and search for loot in Trumbull Valley. Here's what the patch notes had to say about all of the new items in the update.

Trumbull Valley has a ton of new bases, six in total for players to find and claim in State of Decay 2. Here's what the official patch notes have to say about each base in the game.

The Trifecta Bounty Pack is a set of three bounty weapon sets players can earn by completing bounty challenges by visiting the Bounty Broker. Each pack will include several weapons that are all color-coded. Here's what the patch notes had to say about the Bounty pack

Two new achievements were added to the game to go alongside the theme of the update, here are what the achievements are.

Other Fixes and Improvements

The developers have also implemented a wide range of targeted improvements and bug fixes to various parts of State of Decay 2, here's everything the patch notes had to say about them.

The Assault skill (and the Warfighting skill) now offer a +25% bonus to ammunition stack sizes as soon as you specialize. The bonus increases to +50% at seven stars. So an Assault specialist (or a Red Talon Warfighter) can now carry 90 rounds of .22 caliber for their Fake-A 47 in a single stack, saving two inventory slots! Thanks for putting this on the wishlist! (Note that this skill benefit does not apply during Daybreak — though the baseline stack sizes do.)