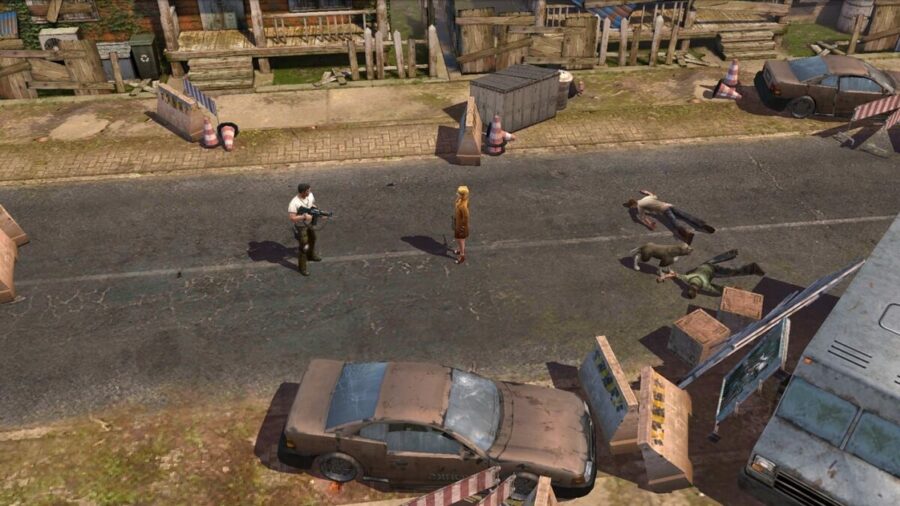 State of Survival is a popular zombie apocalypse game dominating their corner of the market because of its addicting, yet casual, game-style. You find yourself researching, rebuilding, and rescuing your way to a safe stronghold to fend off the undead. It's not exactly robust, but it certainly draws us in. This naturally leads us to look for similar games!

Perhaps you want to master another game. Maybe you don't like some of the game mechanics you find. Or maybe you're just bored, and State of Survival doesn't impress you. The reason doesn't matter! We've scavenged the marketplace and found five games with similar (but not identical!) playstyles. Here they are, listed below.

In this survival shooter, you're pitted against undead (of course) mobs and must always be on the lookout. The main difference between this game and State of Survival is that you're more involved as a character. Instead of maintaining a base as your primary focus, you must fight off hordes of zombies and think quickly on your feet. You can also raid with your friends to take loot from other players!

If you've ever played the mobile Fallout game, you'll see the similarities it has to Last Shelter: Survival. Go deep underground to protect yourself from the invasion and learn to select optimal heroes and rooms to make the best base. Maintain your resources and your forces to be the best leader. Can you gain the title of President?

In this fun tower defense game, you have to not only lead the best heroes but watch out for heroes on the other team as well. You'll fight off hordes of zombies in waves that are looking to breach your walls and take over your city. In this popular MMO, you'll have to make alliances with other players to keep your defenses healthy and resources stocked. Work with your friends to protect yourself and raid other players to be a king of the wasteland.

Dawn of Zombies: Survival After the Last War

Another top-down shooter for the list! DOZ provides powerful heroes, easy base-building, and a substantial array of weapons to use. Protect your area at night and scavenge during the day to survive. This zombie survival game seems to add a bit more of the paranormal to the apocalypse, providing an exciting story for you to explore. Is that Darryl I see as a hero?

Our last item on the list provides a bit of a different view on zombie survival. Instead of fighting off huge waves of zombies and focusing on building massive bases, you get to experience a smaller world view and more personal survival style. This fun mobile game focuses more on crafting and surviving on your own rather than with other players. Although, PVP is certainly an option!

Zombies can get old after a while. Now you've got a bigger selection of games to play and worlds to conquer! However, if you're not quite ready to give up on State of Survival, this list of your Headquarters' Resource Requirements will be helpful!