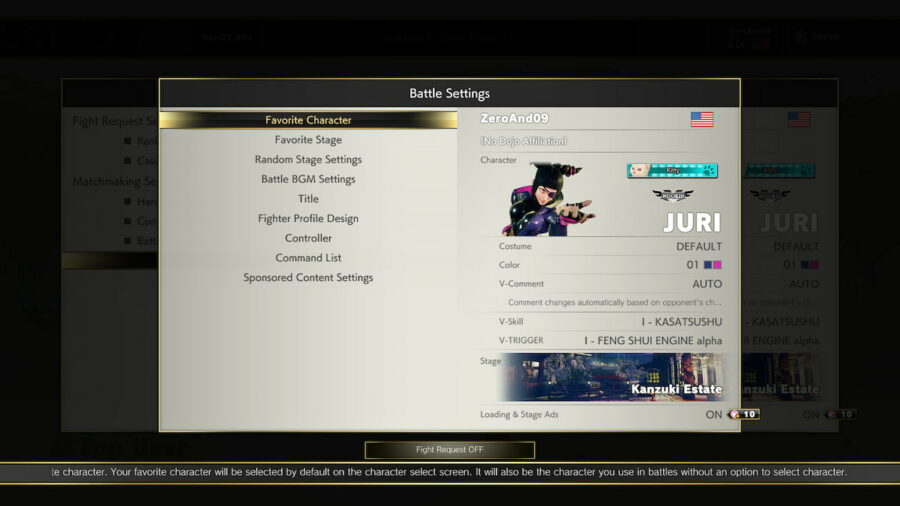 While Street Fighter V has an Arcade and various story modes, the real draw of the classic fighter is playing against others online. However, configuring online options and settings isn't the most intuitive, and accessing the menu is even less so. Rather than be stuck fighting with Ryu for eternity, let's learn how to configure that online profile.

Open the Network Match Fight Request Settings. This prompt is at the bottom of the screen. Select Battle Settings. From here, players can select their favorite character, color, and other character-related settings. These must be set here to fight as the character of your choosing. There isn't any other way to pick a character when joining an online match.

Related: How to disable ads in Street Fighter V

Players can additionally set their Title, Fighter Profile Design, and more. These are purely cosmetic, but how can one resist with titles like "Kitty" available?

It's a system that ultimately makes sense, as most players won't be swapping out from their main character all that often. It's just bad UI design and layout issues on Capcom's part. But, now that you know how, it's time to go online and show everyone just how tough you are.

How to configure your online profile in Street Fighter V