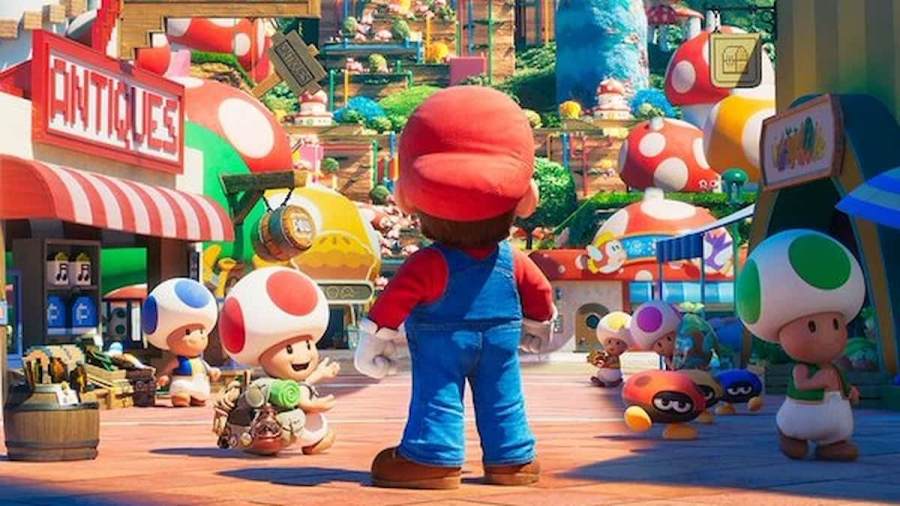 Fans will receive the first official teaser for the upcoming Super Mario movie starring Chris Pratt as the iconic plumber, but Nintendo has revealed the first look with a promotional poster. One thing that fans are pointing out is Mario's backside—or rather, the lack of it.

Fans have poured to Reddit and Twitter to comment on the disappointing behind of Mario, some even claiming a similar reaction to the outrage at Sonic's teeth in the original viewing of the Sonic movie. Some have made edits of their own, such as Twitter user arvalis. Users on Reddit are hoping for a fix, and Redditors seem to be having a good time discussing the future of Mario's backside if Nintendo does change it, citing adjectives such as "dumptruck" and "Pixar Mom."

Related: Is Rosalina in Mario + Rabbids Sparks of Hope?

According to the Nintendo Twitter, the official teaser is due in a Nintendo Direct on October 6, 2022, so we will see if it's just bad lighting or the angle that gives Mario such a flat behind. No other word has been made as to the content of the Direct, so it is also possible that we will see other titles, theoretically Mario-related, tomorrow as well.

Outrage at Mario's butt is somewhat understandable; after all, Mario is a plumber, a profession known for their backside and crack. Additionally, Mario's main strength is his ability to jump, which a strong lower half is needed. Whether Nintendo gives Mario an enhanced behind remains to be seen, but fans are clearly enjoying the prospects of it.