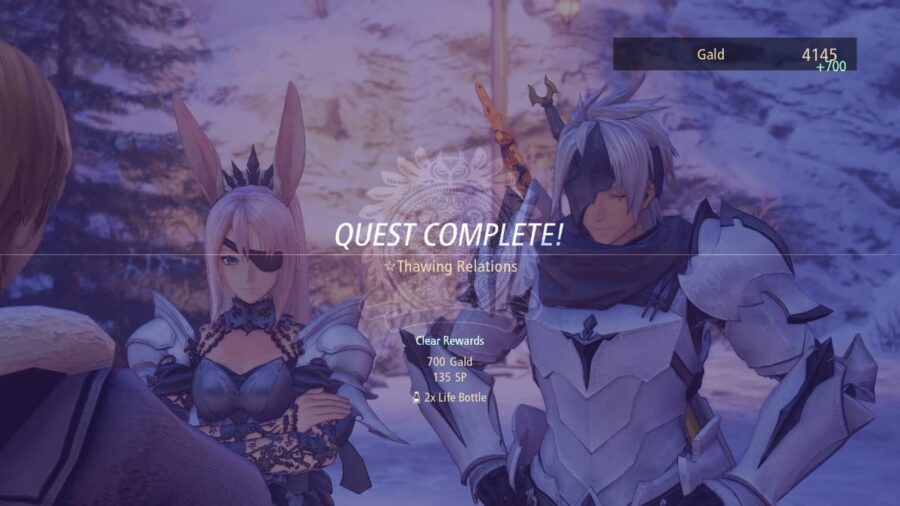 To farm XP and level up fast as possible in Tales of Arise, the best way to go about it would be to farm high-level enemies in areas farther in the game.

Enemies around or above your level will give you the most XP, so farming them would be the best way to farm XP and level up.

To farm high level enemies in Tales of Arise, we recommend going to areas where the enemies are above your level or the same level as you and clear the entire area.

Related: Where to Find Astral Crystal Grain in Tales of Arise?

After slaying all enemies open up your map and fast travel back to the area you are in. Doing so will reset the spawns on the map, thus allowing you to slay all enemies again to gain additional XP. Repeat these steps to then farm XP as much as you like.

You can also increase the amount of XP earned from killing enemies by killing them in a certain amount of time, with the shortest time giving you the most bonus XP.

Along with this, you can also boost the rate you can earn XP by cooking certain recipes at camps when you rest. One example of a recipe that boosts your XP gain would be the Fruit Sandwich recipe you have already unlocked.

However, to use the Fruit Sandwich recipe, you will need the following materials.

You can get the materials by gathering them out in the wild or purchasing them from various merchants at campsites or in towns. You may also be able to find a recipe that gives you a smaller XP boost inside chests or as rewards as side quests.

That being said, once you get a recipe, just rest and choose it to gain an XP boost and then go back to farming enemies for an increased amount of XP.

On top of enemy farming, side quests will be your biggest source of not only XP but gald, SP points as well, so completing these side quests whenever is highly recommended to raise your character's level as soon as possible.

Once you reach a high enough level, you can also fight the various Giant Zugles you will find in certain areas for some decent XP. Along with decent XP, these Zugles will also give excellent rewards that can be used to make powerful weapons and they usually guard a hidden chest nearby that has good loot inside it.

How to stagger enemies in Tales of Arise?

How to Solve The Mysterious Pair Sub Quest in Tales of Arise?

What are Diminishing Returns in Combos in Tales of Arise?

How to get Bizarre Megacore in Tales of Arise?

Where to find the first floor key in the Riville Prison Tower in Tales of Arise?

How long to beat Tales of Arise?