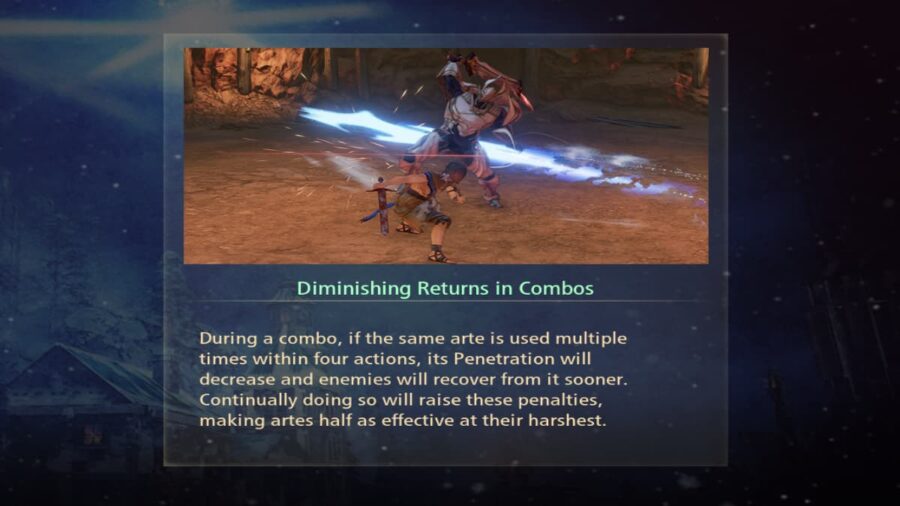 Continuing to use the same combat arte will also increase the penalty for penetration. Because of this, you will want to use a variety of artes. Also, try not to fall into a pattern of using the same combat move repeatedly.

Related: How to change Arte sets in Tales of Arise?

To avoid using the same combat arte after another, try to get into the habit of using a different combat arte after using one. For example, if you press Y, move to X, or A following it. You can also switch to the basic attack and to then switch a new combat arte.

It also helps to have one combat arte that sends your character into the air, allowing you to switch to aerial attacks, thus adding variety to your attack output. If you don't know what attacks send your player into the air, look under artes for one that has an arrow icon next to it.

Both Severing Wind and Rising Wind have this arrow, which means that the player will jump into the air during the ability.

That said, if you want to avoid diminishing returns, just switch your attacks out and use a combination of both ground and aerial artes and try not to do the same attack more than two times or once.

What are Diminishing Returns in Combos in Tales of Arise?