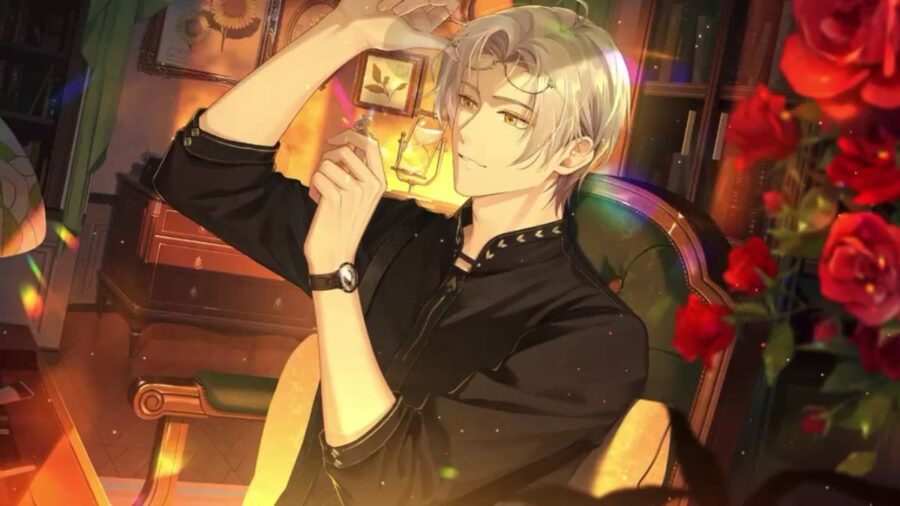 The Tears of Themis Anniversary event, Blissful Fête, runs throughout July and brings plenty of Stellis Celebrations for attorneys to enjoy and resources to farm for the coveted Shadow of Themis limited banner. From July 5, 2022, to July 30, 2022, you can play various Festive Games with your favorite male leads to earn S-Chips and Likes Celebration Stickers.

One of the Festive Games you can play is called the Trial of Love. Head to the Stellis Celebration menu above the X-Note, select Festive Games, and choose the Lucky Choice tab to begin.

In the Lucky Draw mini-game, your partner will draw two cards: one facing up, and one facing down. Your goal is to guess whether the value of the face-down card is higher or lower than the face-up card. This sounds simple in theory, but there's a caveat—if you make a wrong guess, you lose all your points, ending the game.

Losing can be tumultuous as you need to win all rounds to score enough points for the S-Chip reward. There are four stages that unlock throughout the event, so make sure to check back once in a while. Don't forget to claim your rewards manually by clicking each reward above the score line (under stages)!

You can play Lucky Draw purely with luck. But if you've tried one too many times and still can't get enough points for the S-Chips, here are some tips to play the game a little more mindfully and increase your chances of winning.

The cards are valued in this order of increment: numbers 2 to 10, then Jack, Queen, King, and Ace. All the cards will only appear once in each game, so you can make a list of the number and suit of each card that appears to narrow down your choices.

As you progress through the rounds, you can make choices based on the cards that have already appeared. So if all the biggest values, such as the King, Queen, Ace, and Jack, have shown up, you can choose lower even with a 10 on the face-up card.

Related: How does the DLC feature work in Tears of Themis

Additionally, consider the following to help you:

Check out our guide on How to play Chromatic Melody in Tears of Themis – Stellis Anniversary event Festive Games guide to complete another Festive Game.