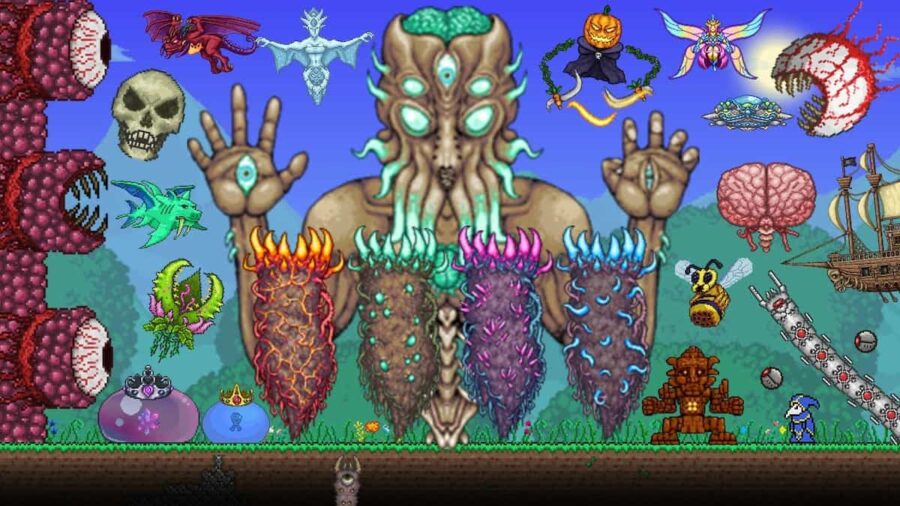 Building a boss arena in all the places you need to fight a boss can be a massive hassle. But if you're having difficulty with a boss, setting up a suitable boss arena is the easiest way to give yourself a better shot. And just straight-up experience with the boss (and the game, in general) can help just as much as any cheap trick or tactic.

A good arena allows for both vertical and horizontal mobility, usually meaning long rows of wooden platforms with some solid platforms at set intervals. Along these platforms, you can place a number of things that will give you an edge:

And, as a few general things, some nice things to have nearby are a Crystal Ball (for magic users), an Ammo Box (for ranged users), a Bewitching Table, and the Nurse.

Here's a video from Zuzucorn that outlines the process of setting up a nice arena (with a little lava trap inclusion, should you like the idea):

Related: How to Summon All Bosses in Terraria

Here are a few useful strategies for making a boss fight a heck of a lot easier:

For more Terraria information, check out the rest of our Terraria guides!

How to Defeat All Bosses in Terraria