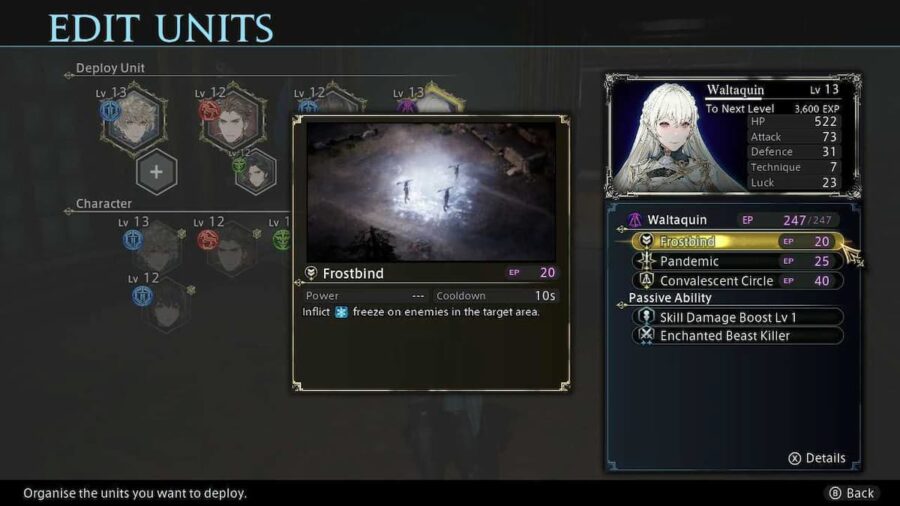 Knowing when to attack and when to run away are never enough to win you battles in The DioField Chronicle. You also need to master skills. Aside from damage, some skills also inflict status effects. Knowing what they do will help you form better strategies and warn you of any dangers certain enemies can pose to your army.

Below, we’ve listed every status effect in The DioField Chronicle and their descriptions.

Every status ailment in The DioField Chronicle

Related: How to get SP quickly in The DioField Chronicle

Status effects will affect any enemy, including bosses, unless they have immunity to a certain abnormality. For example, all bosses get temporary status immunity against the abnormality they just received. Status immunities are symbolized with an icon of the status ailment with a small, silver shield attached to the target’s HP bar.

Status effects won’t always land even without any immunity to them, so be careful about when and to whom you inflict them. For example, an ice monster will be highly resistant to Freeze, which the game will never really inform you about directly.