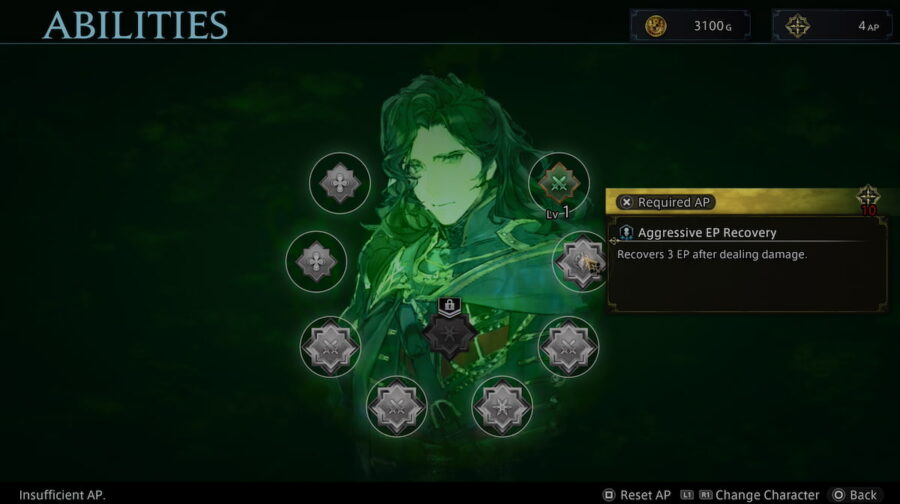 DioField Chronicle uses an EP (Energy Points) system where each character has a limited amount of EP. When they use their special skills, it will cost EP, and once it's gone, how do you get it back? Well, here's a guide on how to restore EP in The DioField Chronicle.

How to replenish EP in The DioField Chronicle

To regain EP in The DioField Chronicle, you have a few ways. By finding Pink Jade Fragments, passive abilities, potions, and Magilumic Orbs. Some methods are better, but you shouldn't run out of EP often, especially in the early game.

All the ways to regain EP in The DioField Chronicle

Pink Jade Fragments are a free way to restore a small portion of your unit's EP. You can find these on the map just on the ground, but you can also get them after defeating enemies. The latter is an inconsistent way of obtaining Pink Jade Fragments in the game's early stages.

However, you can get an ability for Waltaquin called Magical Protection. That will 100% drop a Pink Jade Fragment upon defeating an enemy. Yet it takes ten ability points to acquire. But worth it for a small guaranteed way of getting EP restored.

Related: Is there Permadeath in The DioField Chronicle?

A few characters have passive abilities that can restore EP based upon dealing damage. Both Waltaquin and Iscarion have an ability called Aggressive EP Recovery that recovers three EP after dealing damage. However, it costs ten Ability Points to get. The EP recovery may not seem like much, but it can be upgraded to increase the amount of EP gained.

Potions are not only used the healing. Some potions restore EP instead. Or you can eventually get some that do both. However, you can only equip two potions at once, and once it's gone, you have to repurchase them at the shop, as they do not automatically replenish.

Not long into the game, you'll be tasked to complete a Sub Quest called The Chains that Bind. You will get a free Magilumic Orb during this quest, which is all about healing and EP recovery. However, this Orb needs two TP gauge stages to be filled instead of only one to use to summon Bahamut.

How to restore EP in The DioField Chronicle