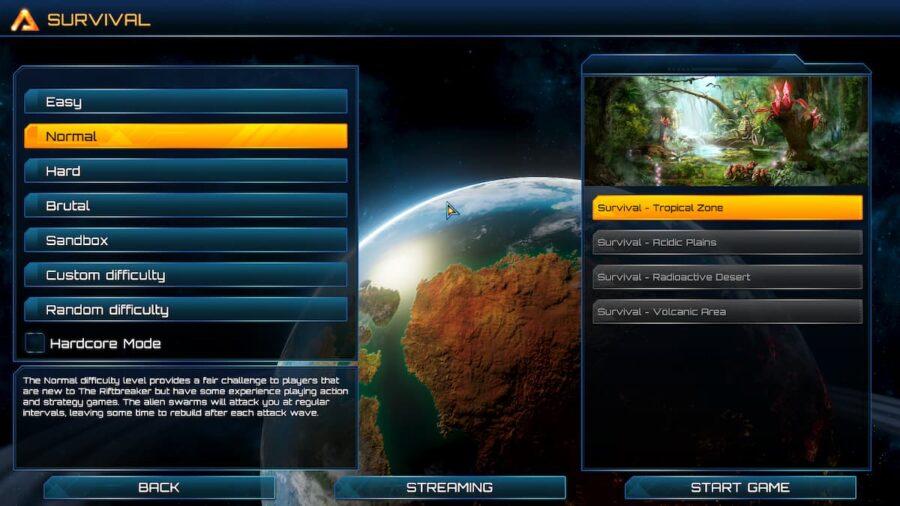 The Riftbreaker is a survival game that heavily features base-building and tower defense elements. Players can also control a mech named Mr. Riggs, in which they can explore the planet Galatea 37 and take on the hostile fauna on the planet.

There are three game modes in The Riftbreaker, including campaign, survival, and sandbox. Each game mode has a different goal that forces the player to adjust their strategy to win. While the end goal is different, the main gameplay loop is the same.

Related: All achievements in The Riftbreaker

The campaign is the main draw for The Riftbreaker. This sees Riftbreaker Ashley S. Nowak as she researches and colonizes the planet Galatea 37. This mode allows the player to experience the story in The Riftbreaker.

Survival works as a sort of challenge mode. Players will have to survive a certain amount of time. As the game goes on, waves of enemies will attack the player and their base with increasing strength. The player can customize the difficulty however they wish.

Sandbox mode lets the player freely explore the world and build anything as they see fit. Enemies will not attack the player unless they are provoked. This is a great game mode to let the player try out all the game offers without worrying about dying.

Will there be DLC for The Riftbreaker

All enemies in The Riftbreaker