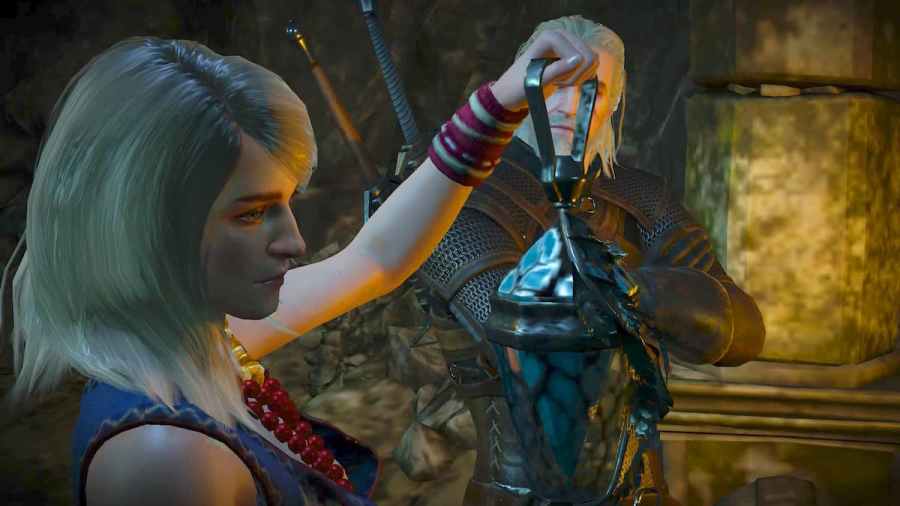 You can further deepen Keira Metz and Geralt's relationship by completing the Magic Lamp side quest, which is available upon completion of the main quest Wandering in the Dark. The two enter a room in the elven ruins, where four statues and a riddle are to be found. Here, Keira will read out the following riddle:

"Four guardians, four flames, standing proud in line / The First to light his fire dared not march on the end / The Second, by the First, played a woeful lament / The Third kept close to his faithful beast / The Fourth marched not beside the First, yet like the Second, played a tune. / And thus they stood o’er their queen, who slept beneath flickering stars."

Related: How to get a Flawless Ruby in Witcher 3

How to solve the Magic Lamp riddle in Witcher 3

The solution is to light up each statue starting from the right and once they are lit up, a door will open, revealing a magical lamp. The exact order of the lights is as follows:

It is important that each of the lamps is lit in this exact order, or else the door will not open. Once Keira has claimed the Magic Lamp, both of them may leave the ruin. Completing this side quest helps build a close relationship between Keira and Geralt that can later become a romance. This particular side quest is an important part of their relationship and one that should not be overlooked when playing the game.

For more of The Witcher 3, check out both Best Witcher 3 Euphoria Build and All Correct Play Lines in Witcher 3 (The Play’s the Thing Quest) only on Pro Game Guides.