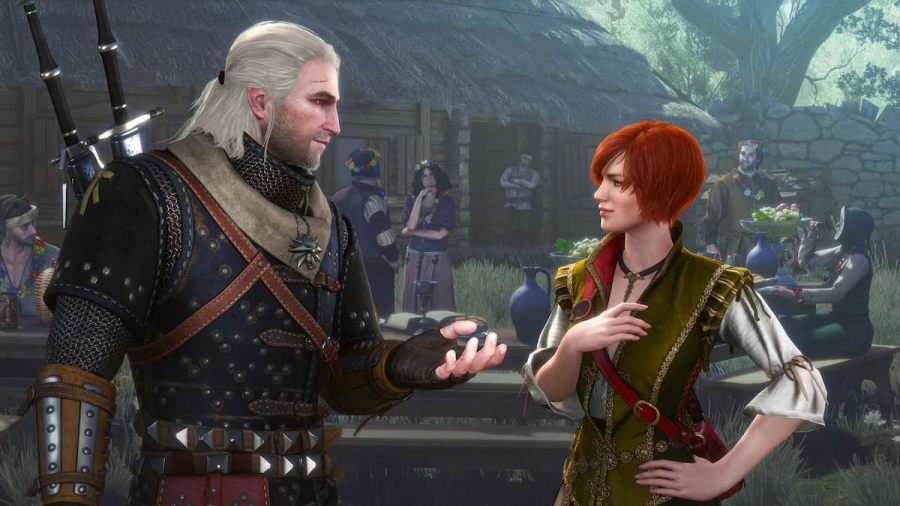 The Witcher 3 Wild Hunt is a massive open-world RPG filled with quests, mages to romance, and monsters to fight. The Witcher 3 can be challenging; we are here with a guide and tips for romancing in Witcher 3. Here are all the romance options and a guide to romancing them in Witcher 3. This guide will avoid spoilers where possible.

Who can you romance in Witcher 3?

Geralt has several potential suitors in the Witcher 3. Two main romances affect the main story, and several secondary relationships could be classified as friends with benefits. We have bolded the two main relationships below; the potential romance options are:

Related: How to get the Netflix Witcher gear for The Witcher 3

How to romance Triss Merigold in Witcher 3?

Triss Merigold is one of the main romantic interests in Witcher 3. Triss will be encountered during the main story quest in Novigrad. After Count Reuven's Treasure, Triss will ask Geralt for help initiating several side quests with two key decisions. To romance Triss, you need to:

These options will unlock Triss's relationship and romance scene at the lighthouse. Triss will return later in the main story and again during the Blood and Wine expansion if you have not romanced Yennefer.

How to romance Yennefer in Witcher 3?

Yennefer is the other main romantic interest in Witcher 3. Geralt will need to join Yennefer on Skellige to rekindle their romantic relationship. There are three key decisions you will need to make to solidify the relationship, they are:

Yennefer has two romantic scenes, and choosing the above dialogue options will reveal both whilst locking Yennefer in as a romantic interest. She will appear during the Blood and Wine expansion, provided you haven't romanced Triss.

Can you romance Yennefer and Triss in Witcher 3?

While it is possible to romance both Yennefer and Triss in a single playthrough, it's only recommended if your aiming to get a particular scene. If you complete the above steps to romance the two characters in one playthrough, you will receive a new main quest, It Takes Three to Tango. This quest will initiate a humourous scene between Geralt, Triss, and Yennefer; however, it will lock Geralt out of any further relationship with Triss and Yennefer.

How to romance Keira in Witcher 3?

Keira Metz can be romanced once during the Witcher 3 and does not affect your relationships with Yennefer or Triss. After meeting Keira during the main quest, she will ask Geralt for help initiating the A Towerful of Mice side quest; completing this will trigger the Favor for a Friend quest. It's hard to miss the romantic scene if you complete this quest.

How to romance Madame Sasha in Witcher 3?

Madame Sasha is a Gwent player that can be romanced during the High Stakes Gwent questline. Madame Sasha's romance has no effect on the story. To romance Madame Sasha:

How to romance Jutta an Dimun in Witcher 3?

Jutta an Dimun is another potential romantic encounter found in Skellige. Jutta's encounter happens during the Iron Maiden found on the island of Faroe in Skellige, east of Harviken. After completing Jutta's tasks, she will ask to duel Geralt. You must;

How to romance Shani in Witcher 3?

Shani can be romanced during the Hearts of Stone expansion. While Shani is an important character in this expansion and an old friend of Geralt, her romance has no impact on other relationships or the main story. Shani has two scenes depending on your decision during the Dead Man's Party main quest.

Choosing either of the above options will initiate a happy ending for Geralt; however, choosing the flowers is the better option.

How to romance Syanna in Witcher 3?

Syanna is a character from the Blood and Wine expansion and can only be romanced once during this expansion. Romancing Syanna has no impact on other relationships or the game's main story; however, to initiate this scene, you must make specific choices in Blood and Wine's main story. During The Night of the Long Fangs, Geralt must choose to save Syanna and enter her Illusion. This will initiate a series of quests for Syanna.

While the romance does not impact further decisions, getting this scene will lock you into a specific outcome for the Blood and Wine expansion.

Other romantic options in The Witcher 3

There are other romantic encounters at brothels around the world that do not affect the story or relations with any other potential suitors. In the brothels, there are multiple suitors Geralt can choose from; however, the scenes remain almost identical. The game has three brothels; two are located in Novigrad, while one is in Toussaint and comes with the Blood and Wine expansion. The three brothels are:

Who to romance Witcher 3 – Romance options and guide