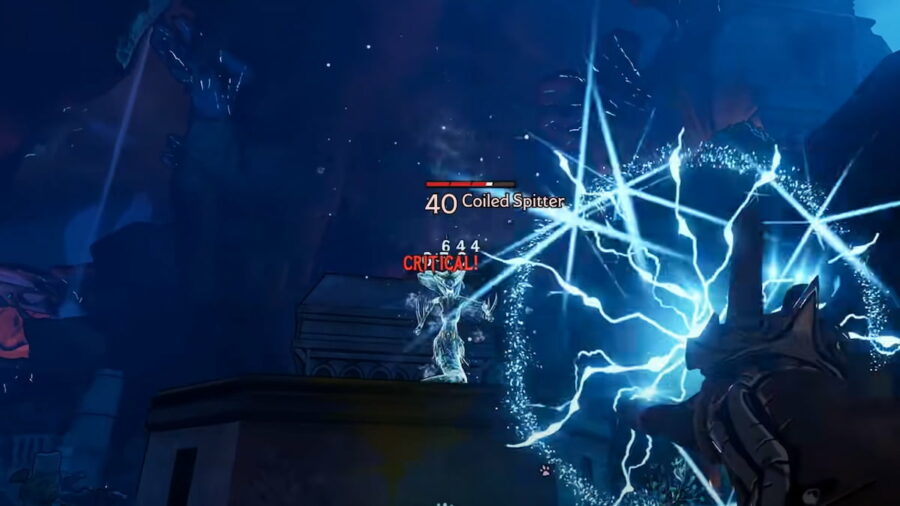 Coiled Captors, the first DLC released for Tiny Tina's Wonderlands opens up a completely new map; the Dreamveil Overlook. Here, players will meet with the Wheel of Fate and begin their journey to defeat the Coiled Captors. These characters are called Chums, and players will defeat several of them throughout their journey.

From the Overworld, players will need to head down the path southwest of Brighthoof or directly south of Queen's Gate. Players should easily be able to spot the Dreamveil Overlook in a small valley beside the road. Inside Dreamveil Overlook, players can walk down the immediate path straight toward Vesper and the Wheel of Fate. After speaking with her, head past this little inlet to the next area to find a floating mirror. Inside the mirror is the actual DLC.

The first couple of Coiled enemies will be just past the snowy area outside of the temple. Defeating these temple guards will start a puzzle for players to solve. After solving the puzzle and riding the water into the next room, players will find the second cluster of Coiled and crabs.

The following section looks like a town. Players will face off against more Coiled and Seawargs near the three columns around the map. After solving the statue puzzle, the Seawargs will come back to life. Players will need to take down the two side columns before the center one to reach the next area through another portal.

Here players will be absolutely bombarded with enemies while the water rises. Both Coiled and Seawargs will be aplenty. Lava surrounds the edges of this map, so players will need to ensure they don't get overwhelmed or cornered.

Once the water is high, find two valves and turn them off. This will open up the last portal. Past here, players will not see any more Coiled within the DLC.