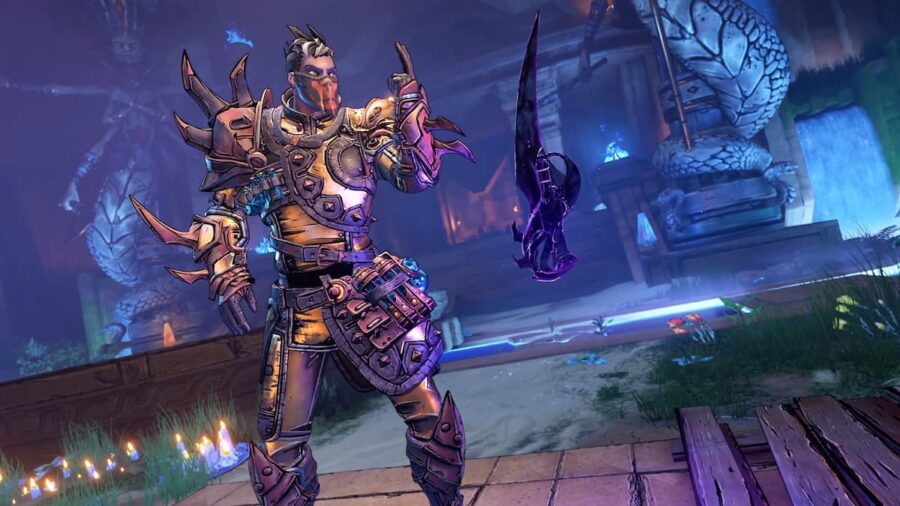 The Borderlands spinoff game, Tiny Tina's Wonderlands, promises to bring the same quippy fun and gunplay that the series is known for while introducing new mechanics and gameplay opportunities. With the multiclass system, the six playable classes (Graveborn, Spore Warden, Brr-Zerker, Stabbomancer, Spellshot, and Clawbringer) will also have the ability to work together as players can choose a second class later in the game.

As a Graveborn class, players will utilize dark-magic type attacks. They will use their own health to inflict damage on their enemies. They will have a Demi-Lich companion that will aid in battle as well.

The introductory video says that the Spore Warden class is a "master of nature who summons tornados and launches volleys of arcade arrows". They will utilize arrows and nature magic to deal damage to enemies. They will have a mushroom sidekick too.

The Brr-Zerker class will allow players to rush into battle wielding an ax embued with elemental damage. Physical attacks are the main source of damage for this class.

As a Stabbomancer, players will focus less on traditional magic attacks and more on stealth and physical ones. They have a stealth mode that will deal bonus damage to enemies.

In Tiny Tina's Wonderlands, the Spellshot class is the traditional mage class. Players will use magic fire and ice magic attacks and will be able to use guns with magical effects as well. Spellshots will have the ability to Polymorph their enemies as well.

Clawbringers focus on physical attacks using their strength and hammer. Their hammer can be thrown and recalled, causing devastating amounts of damage to the enemies it touches. They will also have a small dragon companion.

How does the Multiclass System work?