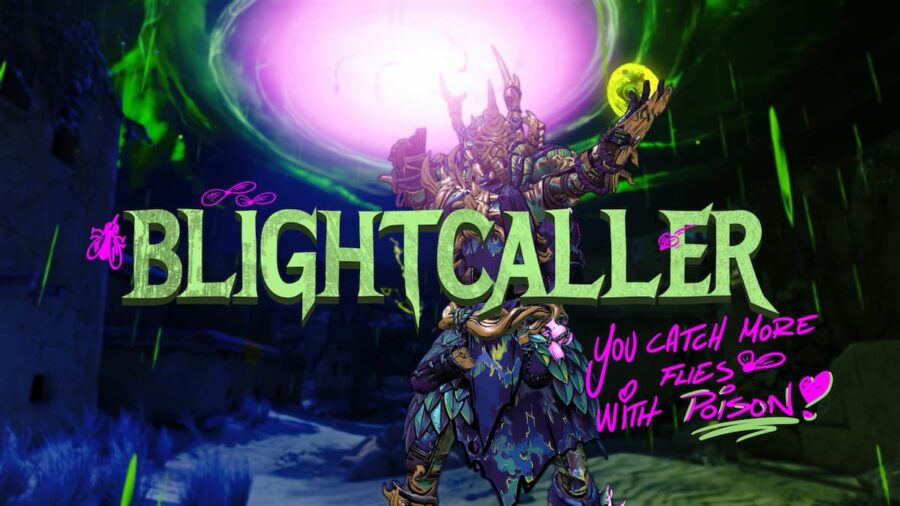 What is the Best Blightcaller Build in Tiny Tina's Wonderlands?

The Blightcaller skills focus on poison damage and buffing status effects when applied to enemies. The Fatemaker should lean into this by focusing on skills that buff these aspects. They are Virulence, Active Decay, Bog Down, Toxicity, and Spirit Swarm. Plaguestorm and Bog Totem are the two active skills for the Blightcaller; Fatemakers will want Bog Totem.

It's important to note that the Bog Totem will be the elemental type of the Gun you have equipped when you use the active skill.

Poisoning enemies is the focus of the class; we recommend using a poison weapon as your primary gun. An automatic SMG or assault rifle is the best option. You should aim to have different elemental types on your four weapons for maximum benefit.

The Fatemakers Hero Stats are critical for passive bonuses to your build. For the Blightcaller, you should focus on: