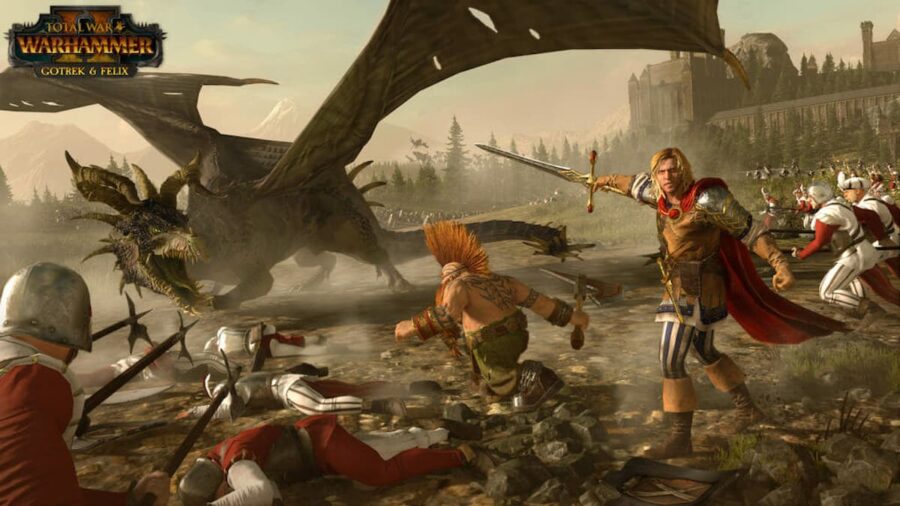 Thanquol, the Grey Seer, is one of the most famous (and infamous) Skaven leaders in the entire Warhammer universe. That’s why many expect the favored rat lord of the Skaven to appear in Total War: Warhammer 3.

Unfortunately, on release, Thanquol will not be a playable Faction Leader within Total War: Warhammer 3. With the game’s release on Feb. 17, it’s unlikely such a significant character will be added to the game so late in development. But that doesn’t mean there’s no hope for the inclusion of the Grey Seer into the game.

Thanquol first made his appearance into the Warhammer Fantasy lore as an opponent of Gotrek & Felix. As a recurring enemy and arch-nemesis of the two adventurers, Thanquol and his Rat Ogre, Boneripper, are some of the most formidable foes Gotrek & Felix have faced.

Total War: Warhammer fans will remember Gotrek & Felix have been recruitable allies since the inclusion of their own DLC. The duo will join a Faction for around 20 turns, killing as many of your opponents as possible. With their inclusion, it’s only natural one of their most iconic enemies would join the game as well.

What’s more, in a recent interview, the developers, Creative Assembly, said “nothing is off-limits” for future factions. That means that Thanquol’s inclusion in the game can’t be ruled out at a later date.

Is Thanquol in Total War: Warhammer 3?