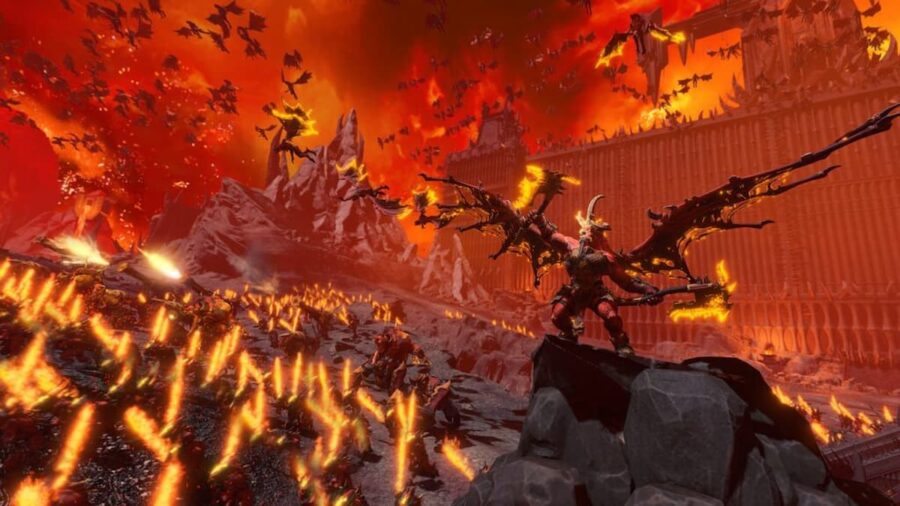 Exalted Bloodthirsters are not only the deadliest of Khorne’s Daemons but the mightiest of all Daemonkind. A single Bloodthirster is a harbinger of death, destruction, and lives only to slaughter and destroy all that it encounters.

How to recruit the Exalted Bloodthirster

First, you'll need to play as Khorne's faction. Then you'll need to recruit a herald into your forces and raise their level to at least 15. After which you will receive a dilemma notification on your screen. The prompt will read, "The sheer carnage caused by this Khornate host has drawn the Blood God's attention and so He sends one of His most exalted servants to lead it to even greater acts of bloodshed." This will let you know that by accepting the dilemma, you will evolve your herald into an Exalted Bloodthirster.

Related: How to unlock the Chainsword in Total War: Warhammer 3

The level this dilemma appears at may vary depending on the number of kills your herald has acquired. Also receiving the Exalted Bloodthirster will lower the character's level to 8 after the evolution.

How to unlock and recruit an Exalted Bloodthirster in Total War: Warhammer 3