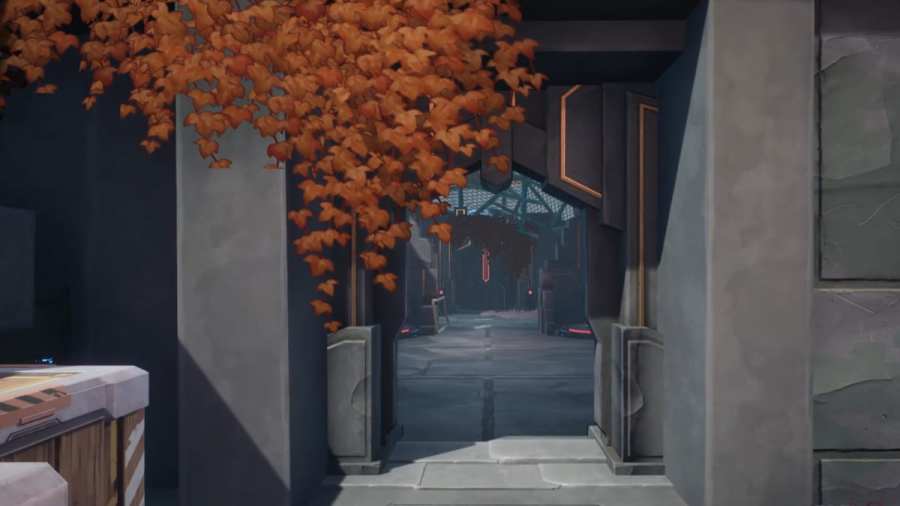 Tower of Fantasy's Ruins are triangular structures you can enter to defeat enemies, clear puzzles, and complete exploration objectives in exchange for amazing rewards. To the left of the Banges Dock, you can find Ruin B-02. If you enter it on Easy mode, you'll encounter Pressure Plate puzzles that can be completed with the help of metal cubes.

Two Chest locations in Ruin B-02

Upon entering the Ruin, defeat all the enemies in the area. You'll immediately spot a Chest behind Thornvines. Attack the branches using a Flame weapon to burn them, then loot the first Chest.

The second Chest is located in the same room. Jump down the huge clearing at the center and defeat all the enemies. Enter the room below and loot the second Chest. Once that's done, head back up to continue exploring the Ruin.

Related: How to clear Ruin B-01 (Easy) in Tower of Fantasy

To the left of the Thornvine Chest, you will find a staircase leading to a room with a Pressure Plate puzzle. Lift the cube and throw it to the center of the Pressure Plate. This will force the Plate to change color from red to blue and open the door leading further into the Ruin. Due to the nature of the cube, it might roll out of place even if you aim at the center. If that happens, just try again!

Enter the door that opened up, and you'll end up in an area with two Pressure Plates and two more rooms blocked by Thornvines. First, use a Flame weapon to get rid of the Thornvines blocking the the rooms.

Head to the room to the left, where enemies are waiting for you. After defeating them, Lift the cube and take it to the room on the right. You'll find another cube locked behind a gate in the room on the right. To unlock this gate, use the cube from earlier and throw it onto the Pressure Plate (inside the room, not outside). The Plate should turn from red to blue, unlocking the gate.

Pick up the cube from the unlocked gate and bring it outside to the area with two Pressure Plates. Throw it onto any of the Plates until it turns blue. Return to the room on the right, then Lift the cube on the Pressure Plate, and transfer it onto the second Pressure Plate outside. It should turn blue as well. Doing so will unlock the next room. You can complete the rest of the Ruin by defeating all the enemies that get in your way.

Check out our guide on How to get an Omnium Beast Left Arm in Tower of Fantasy, and solve more puzzles in Banges.

How to clear Ruin B-02 (Easy) in Tower of Fantasy