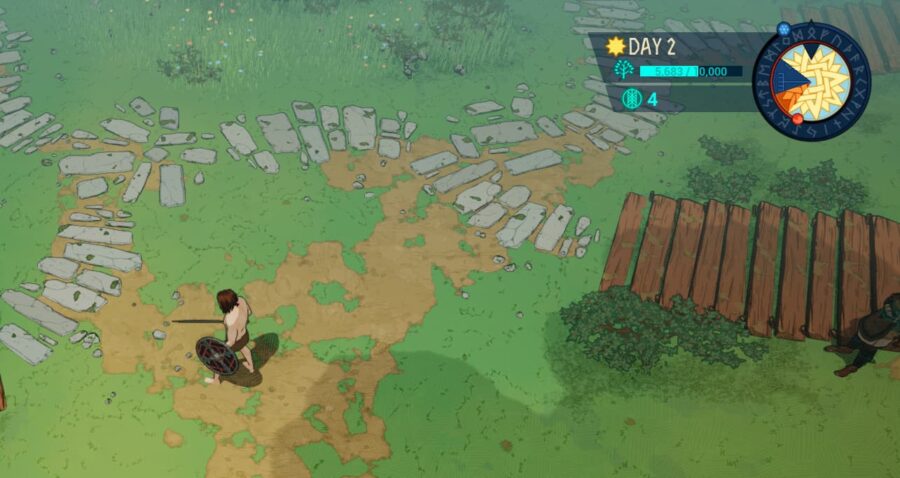 To get souls in Tribes of Midgard, you will need to gather resources, complete quests, and slay several enemies in the game.

Starting with resources, you can gather a bunch of souls as you gather them throughout the game. The amount of souls you collect will also increase with the higher tier tool you have, so because of that, it's highly recommended to upgrade as soon as possible.

Also, if you didn't know already, you can get better tools by upgrading the tinker with souls. Along with that, you can sell materials to dwarf camps you don't need for a bit of extra souls as well. Completing quests via the quest board near the healer can also net you a decent bit of souls too.

Related: How to customize your character in Tribes of Midgard

But you'll sometimes need to travel far to complete them, so we don't recommend going for them until you get some better gear and explored a bit of the map.

Beyond resource harvesting and questing, you can also earn souls from slaying the many monsters in the game world that can be found at monster camps. However, the best part of camps is the chests. The reason why is that these treasure chests can reward you with around 200 to 400+ souls, so, we always recommend clearing them out.

However, certain camps will be over your power level, and so you will need to craft better armor and weapons by upgrading both the armorer and blacksmith to raise it. Leveling up will also help as you will unlock more abilities that will be useful for clearing camps and other monsters in the game.