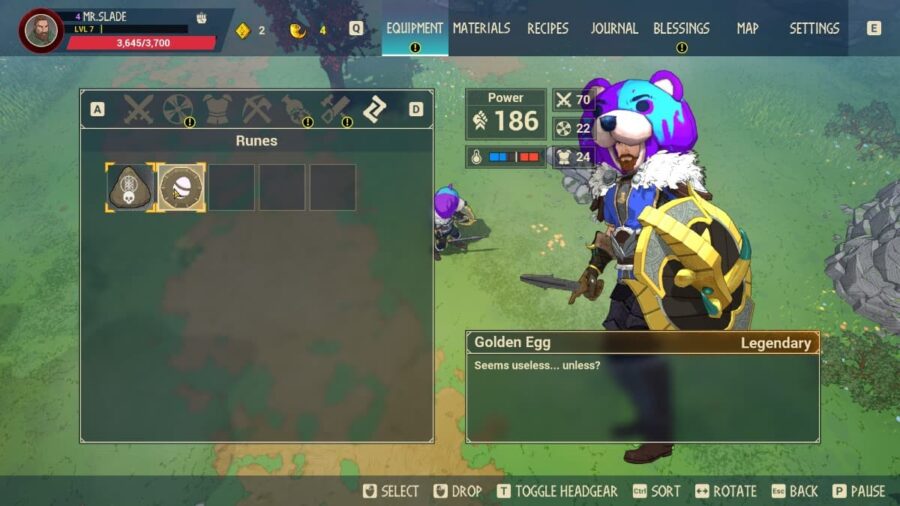 To get the Golden Egg in Tribes of Midgard, you will need to slay various enemies in the game, and eventually, the Golden Egg will drop as a rune reward.

It's worth noting that there seems to be no exact way to get it other than farming mobs and just playing the game.

For example, after a few hours and my fourth world, I was able to get the egg as a drop from regular enemies, so keep killing, and you might get it sooner or later.

That being said, if you are wondering what this strange Golden Egg does in Tribes of Midgard, no one knows exactly, but when players have the egg, it seems to cause an event called the golden rooster to appear on the world map.

Related: How to store items and share them in Tribes of Midgard?

When this event happens, you will see a pop-up saying something along the lines the golden roosters of ragnarok have arrived, and like other events, you can find it via the world event icon on the map.

If you go to the location of this event, you will find a large rooster, and hitting the use key on the rooster will give you various items.

You will also need to be fast doing this, as the rooster will not wait for you and will run as soon as you approach it. But, if you have trouble catching up to the gold rooster, try taking a speed potion or stopping by a shrine that boosts speed.