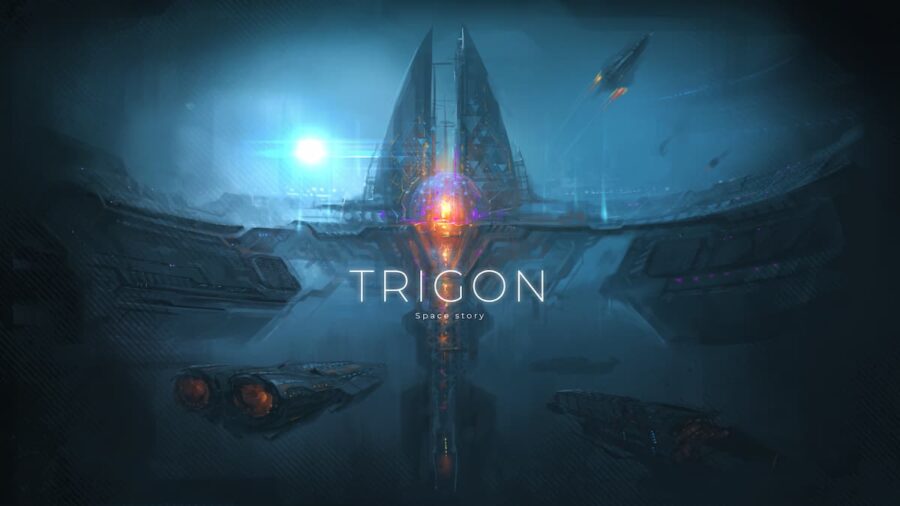 Trigon: Space Story is an FTL: Faster Than Light-like where players control a starship and its crew as the unseen commander of the starship. It is your responsibility to direct the crew to certain parts of the ship and tell them where to aim at enemy ships since they do not act on their own. It's a lot of micro-management, but it can be entertaining if done right.

Trigon: Space Story is beautiful. Immediately, you feel like you're in a futuristic environment with how everything looks and feels. You won't have any trouble identifying alien races, as they all look different, and the explosions and fire are a mesmerizing sight to see. Seeing enemy ships explode is also very satisfying, and you feel incredibly powerful as you do so. This is probably the best-looking FLT-like around.

This game's difficulty spike is very unfair. Trigon: Space Story is a difficult game, similar to FTL, but once you get past the first area—even armed to the teeth—the game feels like it takes unfair advantage. It's not a game where you can use skill to avoid attacks; you need to rely on your own strategy.

You miss a lot more than you should, but the enemy never misses, so you must compensate tactically. You can easily outmatch an enemy, but disabling certain parts of their ship is extremely difficult and most times will not disable, even if yours does. The game feels hard, but it overpowers the enemy instead of making them smarter, resulting in less fun and more tedious shooting.

Everything is very expensive, so you'll have to grind a lot on easier sectors just to get enough for the weapon you want. You'll also face at least two to three enemies at a time after two hours of playing if you have a high bounty, since bounties are very difficult to get rid of.

A universe built to last

The story is quite interesting, despite most of the tasks being "go here" or fetch quests. It's very intriguing to choose what to do in random events, whether the game asks if you'll side with pirates or not to take a shady deal. It's always fun to decide for yourself, and Trigon gives you those opportunities.

Although you only interact with other players through space battles or random events, the universe still feels alive. The random events seemingly fill each sector with people going about their business, good or bad, so the world feels lived in. There's not much to do after the third mission except grind to get to the next sector, which is where the fourth mission is. Grinding takes a lot of time, highlighting how little there is to do apart from random space battles.

A lot of bugs in space

Despite leaving Early Access, the game still has many bugs and glitches. One or two times in an hour, we had to restart the game due to it freezing or not allowing us to click crewmates. Every time we had to go to the Task Manager to close out the game, it dampened the fun we could have had. The developer should have fixed many of these bugs before Trigon was released as a paid game because game-breaking bugs like these make it feel incomplete.

Related: All races, specializations, and perks in Trigon: Space Story

It's not as good as FTL or other games in this same genre, which can be cheaper. Despite the improved graphics, you'll find the unfairness and glitches too much to bear very early on. It would be worth the price at a discount if it were $14.99, but at $20, you won't want to pay for something that needs this much work. We recommend trying out FTL: Faster Than Light if you haven't yet or trying Star Command Galaxies, which has a team who has made games like these before.